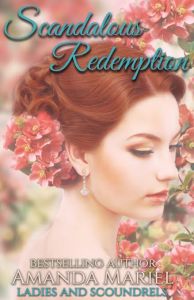 She never wanted him…

Ruined by scandal, Claudia Akford survived years of marriage to a cruel brute. Widowed, she is determined to regain her standing in society, but Lord Shillington personifies temptation. Kind and gentle, yet masculine and sinfully handsome, he would make the perfect lover, but he wants more than she is willing to give.

While Henry Shillington knows a little of the beautiful but notorious Lady Claudia Akford, he is struck by her kindhearted, accomplished, and witty demeanor. The more time he spends in her company, the more he dreams of a future with her. But the lady resists his honorable overtures, and a mistress will never do for him.

Lord Henry Shillington strode across the music room of Lord and Lady Morse’s country estate intent on locating his sister. The force of someone bumping into him sent him stumbling backward. He whirled around, auburn curls catching his gaze as he reached out to steady her. “Excuse me.” He offered a slight bow but did not release his hold on her.

The lady peered at him through narrowed, fierce green eyes the color of emeralds. “You should watch your step. Kindly unhand me.”

Henry met her icy glare. She radiated the sweet scent of champagne. It clung to the air around her filling his senses as if she had used it for perfume. “Good God, you’re foxed.”

Her earbobs danced and sparkled as she leaned in close, the fire in her eyes growing more intense. “My state is not your concern.” She jerked free of his hold and took a step back. Her blue jewel-toned gown swooshed with the sudden movement.

He grabbed her arm, halting her. His pulse pounded through his veins. “You cannot stay here in your condition. You will cause a scandal for yourself and our hosts.”

“What concern is it of yours?” She rounded on him.

He had to prevent her from causing a scene. “Allow me to escort you outside. We can stroll through the garden.” Part of him worried for their hosts, Lord and Lady Wexil were dear friends, but, if he were being honest, he would have to admit he wished to know more about this beauty. Something about her captivated him. Perhaps her unusual eyes or the misery he saw in them.

A slow smile spread across her full lips. “Very well.”

She swayed and clung to his arm as he led her out through the veranda doors and into the country air. What would compel a lady to become foxed so early in the evening? The sun had yet to give way to the moon’s glow. And who was she? Surely, they had never met before.

He turned her down a path lined with flowers and green foliage. The details of who she was and why she’d overindulged did not signify. She was clearly in distress, and he intended to help if he could. He studied the profile of her delicate face.

“Might we sit…what is your name?” Her exhilarating laughter floated through the empty space.

He had never heard a sweeter sound. “Lord Shillington. And yours?” He stopped in front of a cast iron bench. He couldn’t look away as she lowered herself onto the seat in a flutter of skirts. She was a mystery he wished to solve.

“Do sit with me, Lord Shillington.” She patted the bench next to her.

Henry positioned himself near her, but not too close. Being out here with an unchaperoned lady was scandalous enough. It was not his desire to compromise her–or himself. Given her state, he had no choice but to remove her from the gathering. However, he also had a responsibility to control the propriety of his own behavior.

A cool breeze ruffled her elegant skirts, drawing his attention to her body. Heat fanned through him as he studied her. She was tall and lithe, yet she possessed curves in all the right places. He offered a polite smile. “Your name, my lady?”

She looked at him through hooded lashes. “Lady Claudia Akford.”

His heart skipped a beat as his throat tightened. The notorious Lady Claudia Akford. 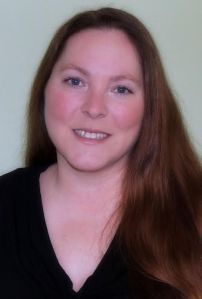 Bestselling, Amazon All Star author Amanda Mariel dreams of days gone by when life moved at a slower pace. She enjoys taking pen to paper and exploring historical time periods through her imagination and the written word. When she is not writing she can be found reading, crocheting, traveling, practicing her photography skills, or spending time with her family.

Amanda lives along the Lake Huron shoreline in northern Michigan with her husband and two kids. She holds a Master of Liberal Arts Degree with a concentration in literature and has a long-standing love affair with sugary junk food.