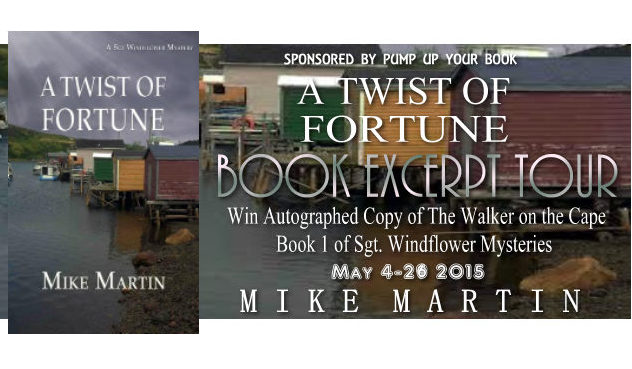 A Twist of Fortune is the fourth book in the Sgt. Windflower Mystery Series and it continues the adventures of Sgt. Windflower as he tries to solve crime and experience the joy and the sadness of life in a small maritime community. Follow along as he feels the sometimes bitter taste of an east coast winter and the unique culinary delights of this part of the world.

As she was sitting in that RCMP vehicle, Sheila was also wondering about Windflower, and what he must have thought when he saw her being arrested. She was sure he wouldn’t be pleased. But she had no choice. The fish plant was the last connection Grand Bank had to the fishery and in some ways its last link to its schooner and the fabulous Banks Fishery. As she sat there, Sheila thought about how the fishery was so tied to both the history and future of Grand Bank.

There had been fishing off the Grand Banks of Newfoundland for hundreds of years, maybe even before the arrival of Columbus. By the 16th century there were hundreds of ships from England, Spain, France and Portugal plying the waters off the coast and carrying home boatloads of codfish to help feed Europe. The first reports from the ‘New Lande’ from people like John Cabot were that you could lower baskets from the side of your boat and raise them full of cod.

For many years the European fishermen would visit for the summer and return home for the winter, but by the middle 1800’s there was a thriving ‘livyer’ community of year-round settlers and fisherman. They fished the inshore harbours but also developed schooners which became known as Grand Bank schooners which allowed them to venture further afield. These ships were built in Grand Bank and at its peak there may have been six or seven schooners being built at the same time. 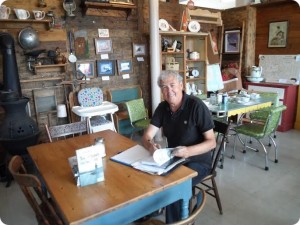 Mike Martin was born in Newfoundland on the East Coast of Canada and now lives and works in Ottawa, Ontario. He is a longtime freelance writer and his articles and essays have appeared in newspapers, magazines and online across Canada as well as in the United States and New Zealand. He is the author of Change the Things You Can: Dealing with Difficult People and has written a number of short stories that have published in various publications including Canadian Stories and Downhome magazine.

The Walker on the Cape was his first full fiction book and the premiere of the Sgt. Windflower Mystery Series. The Body on the T was the second book, Beneath the Surface is the third installment and A Twist of Fortune is the newest book in the series.

He is a member of Ottawa Independent Writers, Capital Crime Writers, the Crime Writers of Canada and the Newfoundland Writers’ Guild.

Enter to win an autographed copy of Mike Martin’s The Walker on the Cape: Book 1 of the Sgt. Windflower Mysteries series! Leave comments on each blog stop for 5 extra entries!

Book Excerpt #14 – Confessions of a Reader

Book Excerpt #16 – Curling Up By The Fire