MBA&M IS PROUD TO WELCOME….

Join O.S. Gill, author of the sci-fi fantasy, The Knights of Galaria: The Crystals of Power, as he tours the blogosphere May 6 – 3! 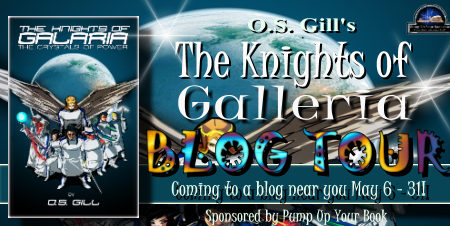 ~Welcome, Kara of The Knights of Galaria~

Thank you, Kara for taking a few moments of your time for us….

It’s a hot day on the plaza, definitely warmer than expected, and these uniforms certainly are doing nothing to aid the situation. But impending heatstroke aside, it is hard to be at this ceremony and not reflect on the last seven years I’ve spent at this institution. Why, this place has been my home since the day my parents dropped me off at the academy, shortly after my eleventh birthday.

Why aren’t they here? Royal duties or not, they should be here to see the culmination of all my hard work, to see me ascend into the Knight Corp.

Well, that’s a laugh. I still haven’t told my father King Wilhelm that I plan to serve in the Corp professionally. Until now, military service had just been tradition for the royal household up to the end of the academic level. Father will surely throw a fit when I tell him. I’m sure he’s probably already handpicked a prince for me to marry; my days attending royal functions, my evening’s banquets and balls.

I scoff at the very notion. I have yet to meet the prince who believes he can tame me, the majority around Galaria already know better by now. They’re not even on my radar. Not like him.

Kaz looks dashing, walking up the steps to the stage in his brand new uniform. The role of valedictorian suits him, he deserves it, he’s worked very hard. Poor thing, he looks so nervous. I should flash him a smile to let him know it’ll be fine. Once the Supreme Commander’s speech is finished, then it should be Xul Xandu’s, then Kaz’s should be right after. I do hope his nerves don’t get the better of him.

In any event I want to get past this ceremony to get to the gala. I’ve had my brand new red dress flown in from Zanru and can’t wait to wear it. Yes, today is shaping up to be a wonderful day…

Again,Thank you Kara for stopping by today! 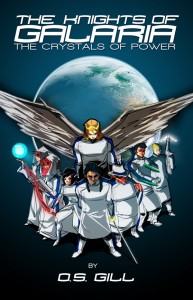 ABOUT THE KNIGHTS OF GALARIA: THE CRYSTALS OF POWER

For Kaz Silverwynd, graduation from the Galarian Knight Academy begins normally, but an the attempt on the life of Xul Xandu, the newly-appointed head of the Confederation of Nations, pushes Kaz and his team into an epic and dangerous adventure. The action ranges from the floating city of Civitas to the underwater empire of Aequoria to the moon colony of Ourea. Kaz leads his band of knights on a perilous journey to stop a madman from achieving his ultimate goal – the conquest of the world of Galaria. Added to the already volatile mix are the legendary Crystals of Power, a collection of beautiful but deadly jewels that could tip the scales of power toward good or evil.

Pick up your copy! 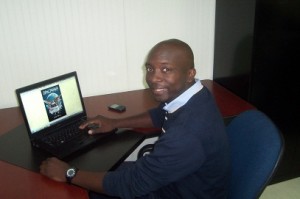 O.S. Gill grew up on the Caribbean island of Barbados. He was educated at The Lodge School, a 300-year-old former British boarding school and the second oldest learning institution on the island. A certified information technology professional, he has worked for The Banks Holdings Limited, a local conglomerate that owns the local brewery (Banks Beer) and Coca-Cola manufacturing plant for fourteen years. A Systems Analyst, he has been positioned in various capacities, primarily dealing with sales and distribution, as well as the sourcing and implementation of new technologies to further business efficiency. He always had a passion for writing and published his first novel, THE KNIGHTS OF GALARIA: THE CRYSTALS OF POWER, in 2012.

Monday, May 6 – Interview with Examiner

Tuesday, May 7 – Interview at The Writer’s Life

Wednesday, May 8 – Interview at Straight From the Author’s Mouth

Thursday, May 9 – First Chapter Reveal at You Gotta Read Reviews

Friday, May 10 – Character Guest Post at Book Him Danno!

Monday, May 13 – Character Guest Post at My Book Addiction and More

Tuesday, May 14 – First Chapter Reveal at As the Pages Turn

Wednesday, May 15 – Interview at Books Books the Magical Fruit

Friday, May 17 – Character Guest Post for My Cozie Corner

Tuesday, May 21 – Interview at The Book Connection

Monday, May 27 – Interview at The Dark Phantom

Tuesday, May 28 – Guest Blogging at The Paperback Pursuer

Wednesday, May 29 – Interview at Literarily Speaking

Thursday, May 30 – Guest Blogging at The Story Behind the Book

Friday, May 31 – Interview at Between the Covers

Thank you everyone for spending time with us and our delightful guest,Kara! Please spread the word.

2 Replies to “~CHARACTER INTERVIEW WITH KARA RAVENSTORM~ THE KNIGHTS OF GALLERIA BY O.S. GILL….”