The summer is getting hotter with four new
releases from Scandalous this month. One is the latest Men of Fortune release,

FALLING FOR THE PIRATE by Amber Lin, a tantalizing tale of a pirate’s
vengeance. The second is a regency romance, FOR HER SPY ONLY by Robin DeHart,
which gives a delicious story of a jilted woman and a withdrawn Marquess.
Third, is the second novel in The Worth Brothers series, LOVE’S JUSTICE by Joan
Avery, featuring an independent heroine and the man who finds her fascinating.
And fourth is TEMPTING HER RELUCTANT VISCOUNT by Catherine Hemmerling, part of
the Lady Lancaster Garden Society series and a sizzling regency romance read. 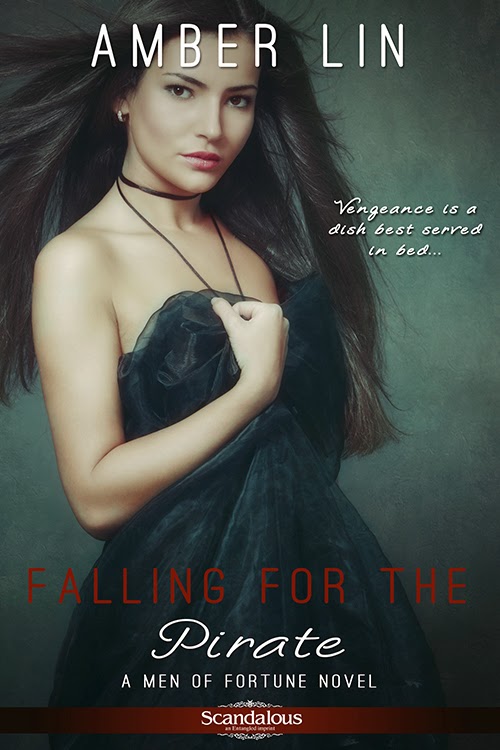 About
Falling for the Pirate:
Vengeance
is a dish best served in bed…
London, 1820
After the deaths of his
parents and a dark, troubled childhood, Captain Nate Bowen vowed he would have
his revenge. But he never expected to have the tool of his revenge dropped so
neatly into his lap. Juliana Hargate is not only the daughter of his enemy, but
is destitute, very much alone – and exquisitely desirable. And now that Nate
has saved her life, she’s at his complete mercy…
Captive. All Juliana wanted
was to clear her father’s name. Instead, she’s been struck with amnesia –
unable to recall even her name – and imprisoned by a tall, imposing, and
entirely unscrupulous pirate. A pirate whose eyes seem to look past her skirts
and many petticoats, and whose touch sends delicious ripples of desire through
her. With every passing day, she finds herself tempted to give him the very
thing he’s determined to take…
On sale for $.99
Add it to Goodreads
Purchase your
copy:
Entangled site: http://goo.gl/86M87x
Amazon: http://goo.gl/WY8748
B&N: http://goo.gl/7YCcQA
iTunes: http://goo.gl/vflOFD 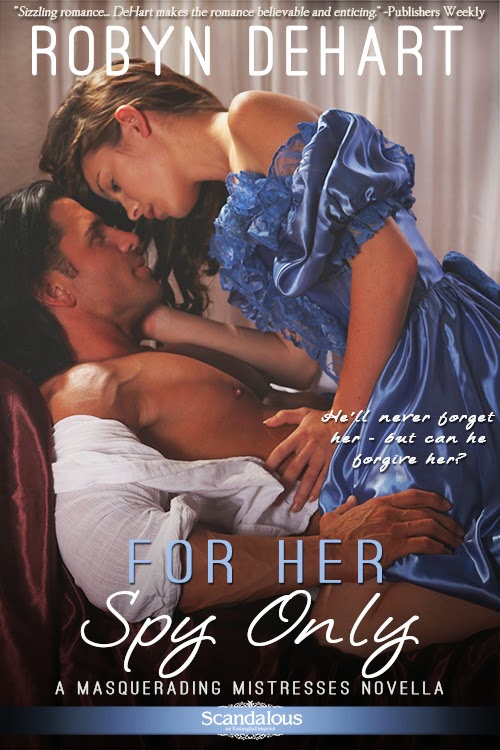 About
For Her Spy Only:
He’ll never forget her—but can
he ever forgive her?
England, 1814
When Winifred is rescued from
her snow-stranded carriage by the notorious and reclusive Alistair, Marquess of
Coventry, she is instantly drawn to him. Jilted by her betrothed and socially
ruined by untrue rumors, Winifred is tired of paying for crimes she didn’t
commit and decides to play the seductress London society claims she is.
Thinking a night of passion shouldn’t leave any lasting effects, she instead
finds her heart marked forever.
Six years later, Alistair is
working for the Regent as a spy. A search for Napoleon’s English supporters
leads him to the beguiling Winifred, recently widowed with a young son. He
hasn’t forgotten how the unconventional beauty warmed his bed, and the heat
between them rekindles immediately. The spymaster is determined to uncover all
of plucky Winifred’s secrets. Especially the one regarding her son…
On sale for $.99
Add
it to Goodreads
Purchase your
copy:
Entangled site: http://ow.ly/zcNyG
Amazon: http://ow.ly/zcNnL
B&N: http://ow.ly/zcNrw
iTunes: http://goo.gl/yJ1Qnj 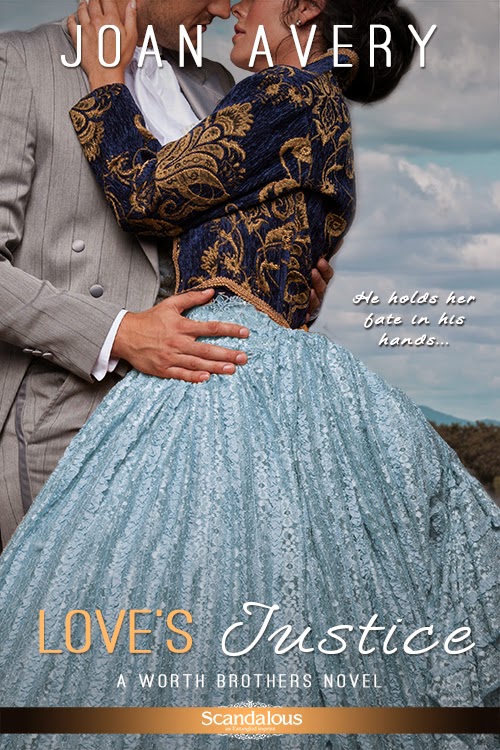 About Love’s Justice:
He holds her fate in his hands…
London, 1879
American heiress Victoria Wentworth has
spent her life blithely ignoring her father’s wishes… until he enters her
into an unwanted marriage contract with a despicable man. She has two choices:
marry the bounder or fight the archaic English laws in court. Her only hope is
Hugh Worth, the Earl Montgomery and Lord Chancellor of the Exchequer: her judge
and jury. Society paints him as stern and subdued, yet fair. Society didn’t
warn her that beneath his somber facade beats a passionate heart and soul.
Hugh finds himself irresistibly,
inexplicably, drawn to the spirited American, despite himself and his better
judgment. As the inconvenient heiress takes on the fight against the very
foundation of his life and career, another battle wages in his once cold heart.
Everything about her is inappropriate, illogical, and unexpected. Yet, she is a
woman he could admire. A woman of intelligence and beliefs that challenge the
existing world.
But she is forbidden.
On sale for $.99
Add it to Goodreads
Purchase your
copy:
Entangled site: http://goo.gl/2J2eJp
Amazon: http://goo.gl/OtCB4Q
B&N: http://goo.gl/kp35Rw
iTunes: http://goo.gl/xbcBsS 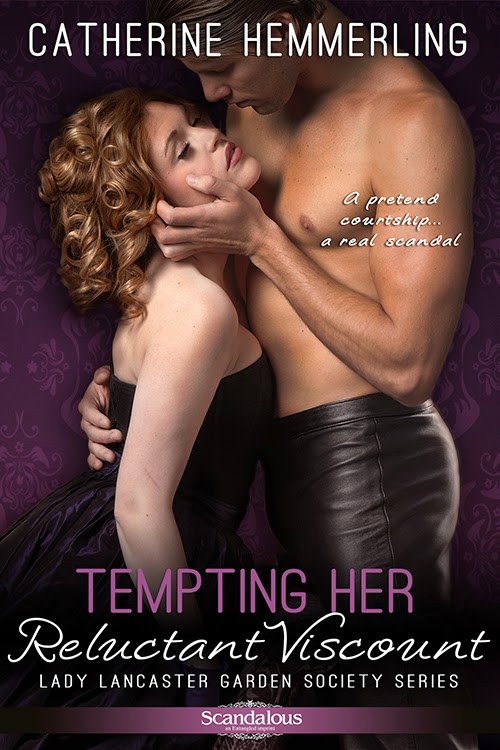 About Tempting Her Reluctant Viscount:
A pretend courtship…a real scandal
London, 1814
Hope Stuckeley has lusted after the
handsome and charismatic Michael Ashmore, the Viscount Lichfield, for ages –
never mind that she’s never actually spoken to him. When the two join forces to
investigate a London stock market scandal, pretending he is courting her gives
her the chance to prove she’s more than the bookworm he takes her for.
After years of service as a soldier and
newly titled as a viscount, actual marriage and settling down are the last
things on confirmed bachelor Michael’s mind. But when their investigation puts
the delectable Hope in danger, discovering the truth about the scandal could
jeopardize the future he didn’t know he wanted.
On sale for $.99
Add it to Goodreads
Purchase your
copy:
Entangled site: http://goo.gl/3CnVtj
Amazon: http://goo.gl/xOwYAT
B&N: http://goo.gl/8UsK35
iTunes: http://goo.gl/fXrZoF