THE PASSIONS OF THE AMERICAN SPIRIT WOVEN WITH THE PRIDE OF INDEPENDENCE DAY! 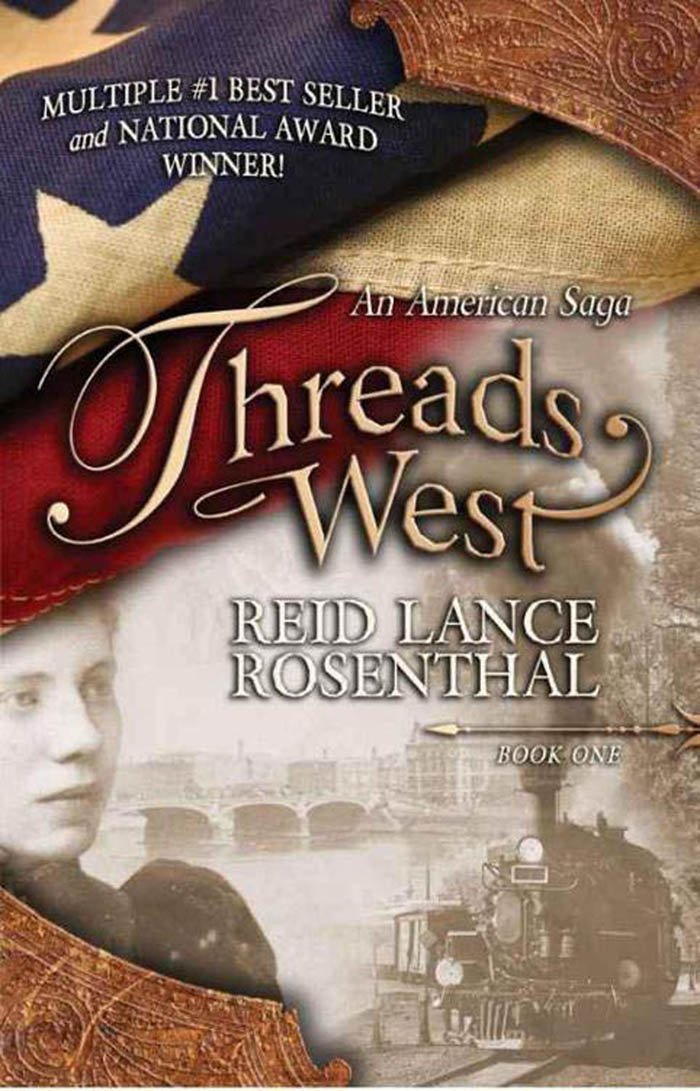 This sweeping multi-era series is compared by reviewers and authors to Lonesome Dove, Centennial, L’Amour (“with steam”) and called by some “the Gone With The Wind of the West.” The tale bursts with the action, romance and promise of historical America and the West.

The epic saga of Threads West begins in 1854 with the first of five, richly textured, complex generations of unforgettable, multicultural characters. The separate lives of these driven men and independent women from Europe and America are drawn to a common destiny that beckons seductively from the wild and remote flanks of the American West. Swept into the dangerous currents of the far-distant frontier by the mysterious rivers of fate, the power of the land and the American spirit, their journeys are turbulent quests intertwined with romance and adversity, passions and pathos, despair and triumph.

You will recognize the characters who live in these pages. They are you. They are us. This is not only their story. It is our story.

“Long ago, I fell madly in love with Lonesome Dove by Larry McMurtry.… The splendor and adventure of  THREADS WEST has now surpassed my love of McMurtry’s Western saga…packed with adventure, romance, history, conflict, and emotion.… Far more romantic/sexy than McMurtry ever wrote…a real feel of how the West was won, by men AND women.… Five stars is not enough!”

2 Replies to “~FOURTH OF JULY SPECIAL~”