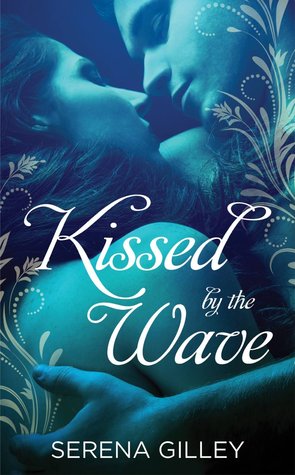 1. Mermaids--who didn’t pretend they were a mermaid as a kid flopping around in the local swimming pool or shivering on vacation at the lake? I stayed in the water until I was puckered like a prune and dreamed of being able to swim forever, weightless and sleek, exploring whatever magical mysteries surely must lie below. Now as an adult it’s even more fun to imagine that watery world with all sorts of wet and wonderful grown-up activities!

2. Fairies--what’s not to love? They fly, they sparkle, they glow in all different colors. And they have Fairy Dust! Fairies can make all your wishes come true in the most magical ways. It’s fun to imagine just what tantalizing things they might do with all of that glittering dust at their command.

3. Dragons–they’re Hot. Seriously sizzling, ragingly Hot. Huge, ancient, powerful, dangerous, and oh so beautiful to look at. Yeah, I love dragons. I’ll even admit to every now and then wondering what it would be like to have a dragon love me back…

4. Wood Spirits–is it possible these are real? I swear I’ve heard them, felt their allure as I’ve entered their realms. They live in wild areas, places where nature is allowed to run free and do what nature does best. Wood spirits can be vast like a forest, or tiny like the bits of moss that cling where life is just holding on. They thrive in their green, vibrant world by being unseen, yet felt all around, guiding our footsteps and manipulating our thoughts.

5. Shape-shifters–coolest supernatural power ever! I suppose it would be very handy to be a shifter who could look like anybody you wanted to, but usually shifters transform into some uber-cool real-life animal or even a fantastical creature. Being a shape-shifter would be super fun. Dating one of these guys would be even more fun because you’d have the best of both worlds: you’d have the hottest boyfriend ever AND you’d get to play with a really cute wolf puppy or snuggle with your own pet tiger.

Oh my, what magical creatures!! Who doesn’t love these creatures??
Thank you for your list!!

KISSED BY THE WAVE by Serena Gilley (August 5, 2014; Forever Yours E-Book; $2.99)
Beyond the limits of sight, magical beings live in the Forbidden Realm. The two worlds were once connected, but the desires of man forced their separation. Now, desire may bring them back together . . .Aliya is a mermaid with an obsession. Though contact with humans is strictly forbidden, she can’t seem to stay away from the incredibly handsome Devin, who visits her lake night after night. Her body and soul have never been drawn to anyone like this before. Deciding that her longing for Devin is worth the risk, she goes to him. As their lust for each other deepens, Aliya grows to need his touch as much as she needs water.Devin believed Aliya was a perfect fantasy his mind created-until the breathtaking mermaid swims to shore. Courtesy of a magical wish, Aliya is newly human, and she and Devin give in to their passion again and again. But Aliya’s mortal form is only temporary. If they don’t have the strength to part ways when the time comes, their illicit love could rock the balance between the realms forever . . .
Buy Links:
B&N
iTunes
Books a Million
Kobo
Amazon
About the author:
Serena Gilley grew up reading fantasy and fairy tales, and believing there was a distinct possibility that both of them were real. Somewhere. Even all these years later, Serena’s belief in magic and mystery hasn’t diminished. In fact, She is living out her own happily-ever-after with a handsome prince in a beautiful castle, taming dragons and granting wishes every day.  Okay, so the prince is a regular guy, the dragons are really just teenagers, and the wishes she grants are as spectacular as frozen pizza on Friday night, but it’s a fantasy world just the same.
Social Media Links:
Website
Facebook
Goodreads
Stop by our sister site for “My Thoughts” and another giveaway on KISSED BY THE WAVE by Serena Gilley !

~GIVEAWAY ALERT~
(Sponsored by the publisher)
Thanks to Marissa, at Forever, we are offering 2, yes 2 lucky commenters a chance to win a digital copy of KISSED BY THE WAVE by Serena Gilley.
Giveaway will run from August 9 until August 15, 2014.
GOOD LUCK!!

HAVE FUN THIS SUMMER BUT KEPT SAFE!

So go forward and help spread the word.