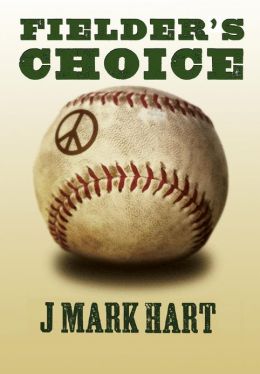 Describe your book in 50 words or less.

The book is set in the south in 1969 during integration, Vietnam, and the counterculture.  The high school protagonist finds himself across a divisive generation gap with his father and baseball coach.    He wants to live his way, but has hard choices, and the choices do not come without costs.

How did your book come about?

I became intrigued with the conflict between a high school senior’s dependence upon his coach to win a baseball scholarship to college to avoid working in Birmingham’s steel mills, yet who risked antagonizing his coach when he gets involved with the hippie culture, starts growing his hair, and protesting the Vietnam war.  A growing conflict develops between conforming to the coach’s (and his father’s) traditional expectations, and pursuing the new way.  In the end, will he suppress who he really is to get the scholarship, or will he live true to who he is?  I was also intrigued that often there is a high price to pay for being yourself, and it takes courage to pay that cost.

Tell us about the story and a bit about the main characters.

Brad Williams is a high school senior and good baseball player.  The spring of his senior years finds him with a “senior” malaise over school and no girlfriend.  The shining part of his life is striving for a college baseball scholarship to avoid working in the steel mills upon graduation, which is expected of him.  He makes three critical friendships.  One is with the first black player on the team from federal integration orders, that becomes complicated, if not dangerous, when the NCAA launches an active effort to integrate Brad’s neighborhood.    Another is a hippie with long hair who moved to Birmingham from Connecticut and introduces Brad to the emerging hippie/anti-war culture in Birmingham that puts Brad in conflict with his “crew-cut” past.  Another is Susie, a girl he likes, but who disapproves of his increasing anti-war behavior and growing involvement with protests.  These relationships change Brad, and the changes threaten his original dream of the baseball scholarship and his old friendships, including Susie and his best friend, BJ.

What has been your experience with the subject of your book?

I have lived in Birmingham since 1959, saw the civil rights movement start, the violence, and saw old neighborhoods dissolve as whites fled in the face of integration.  I had a draft card for the Vietnam war, and saw the counterculture scene descend upon Birmingham and conflicts between hippies and the “good ole boys.”  I also played high school baseball and saw some of the brutality by coaches of that era (in addition to playing for some verh fine coaches, one of whom is included in the Acknowlegements.

How does it relate to what happens in your story?

The book is not autobiographical but I saw first-hand many of the events, problems, and challenges dramatized in the book.

Where do you research information for your book?

The book is fiction, so essentially from my life experiences and imagination.

What do you find to be most exciting about your topic?

Chronicling the exciting times of the sixties movement I lived through and grappling with the struggle to be yourself yet succeed in the mainstream world, which is struggle I’ve personally had in practicing law for 32 years.

What are you currently working on?

I just finished the first draft of a book titled The Technicolor Rainbow: “A story of Time, Nostalgia, and Love … And Visits by Aliens.”  The book probably best described as similar to Kurt Vonnegut’s books, and is something of a satirical hopefully funny look at early Twenty-first Century American life, its drive toward over-achievement and perfection that contrasts with our attachment with nostalgia, and where do the present moment and love fit in.

What do you do in your spare time, when you aren’t writing?

Mostly practice law, take care of the kids, and squeeze in exercise and some TV.  I read every night at bed time, though.  I’m also an assistant scoutmaster with a boy scout troop, which is a remarkable program and a very satisfying way to develop young men.

To Kill a Mockingbird; Catcher in the Rye; the PendragaonSeries by McHale; Pat Conroy books, and Stephen Kings books. They helped record a intriguing story from past-time, and most importantly, find the eighteen year old narrator’s voice, which is the key to the success of the book.  Conroy helps with lyrical passages, and King with the pace of plot and action.

What do you enjoy more, writing or discovering other people’s work?

Writing myself, but there is nothing more blissful that discovering a fresh, creative work by another writer.

Fielder’s Choice takes back to Birmingham Alabama in 1968. We take a Southern Journey with Brad Williams a 18 year old boy that loves to play baseball. That would be too easy. He struggles with racism on his team and how he should handle it. The Vietnam draft is approaching and he desperately wants to get away from the steel mills of Birmingham. So many choices for a young ball player. We are introduced in a very descriptive manner to his family, his teammates and how the attitude of the times affects him. What shapes his character. Should he just take the easy route and put blinders on? Fortunately, Brad has a conscience and we follow this struggle within the teen.

Available at bookstores near you and online at Barnes & Nobles and Amazon!

J Mark Hart has written a page turner taking us back in time to the 60’s in Birmingham Alabama. Brad Williams is a teenage boy that loves playing baseball. Brad has reached that fork in the road and needs to decide the right thing for him to do. The Vietnam Draft Lottery? Civil Rights and how it is affecting him personally? Or take the easy route and just play ball. The timing of Fielder’s Choice is very important, it coincides with The Movie release of 42, The Jackie Robinson story. Although the teen in the story is not a famous baseball player, he is exposed to similar racial prejudices and wants to do The Right Thing. Also in Birmingham they are celebrating 5o Years Forward. The beginning of The Civil Rights Movement. The Civil Rights Movement combined with baseball and teen boys dreams.. Nothing could be more All-American. A love of the South and of the written word has made this a compelling page turner. J Mark Hart describes “the sky having a pink glow at night” from the mines and Sloss Furnace. The contempt raised by the words “Conscientious Objector” or the baiting from teen boys named Bubba “I don’t allow no niggers riding in my car”. These take you back to the time and the place.. The Bible Belt..1969

J Mark Hart practices law in Birmingham Alabama today and is recognized in Best Lawyers in America as well as being a powerful music trivia resource.

(Sponsored by the publicist)

We are offering 2 lucky commenters a print copy of “Fielder’s Choice” by J. Mark Hart. Sorry, open to US residents only! Giveaway will run from January 3 until January 10,2014.

Please help us spread the word!

FIELDER’S CHOICE by J. Mark Hart is an interesing Coming of Age story told during the tumultuous year 1969. Brad Williams, loved baseball, but would he chose baseball over his country? Brad struggles with racism and his conscious. The controversy of the Vietnam War, racial discrimination, diversity and choices is but a few topics in this title. Vietnam, war, Baseball, and choices is just a little of what Brad struggles with, he also, has a conscious. The author interweaves Civil Rights, the Vietnam War and other issues of the 1960’s into an interesting story of Coming of Age at a time when loyalty was questioned and the country was in an uproar. Follow Brad and his conscious through Baseball, puppy love, sports, and Civil Rights.  If you enjoy stories with heart and soul than, “Fielder’s Choice” is the right choice for you to pick up. An enjoyable read!

Received for an honest review from the publisher and/or publicist.

REVIEWED BY: AprilR, courtesy of My Book Addiction and More