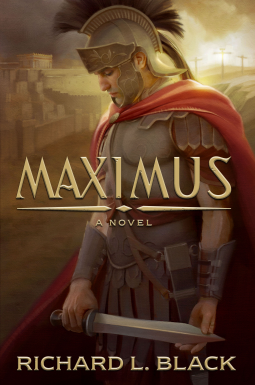 General Maximus is commander of Rome’s finest legions. He has known violence his entire life. When he and his best friend, Androcles, return from a long, bloody campaign, Maximus finds himself questioning his life. Word has reached Rome of a man named Jesus who is causing a stir in faraway Judea. Maximus and Androcles are sent to ascertain the truth of the situation. Disguised as a Jew, Maximus slowly begins to understand the true teachings of Jesus in this epic story of one man’s faith-building journey to find the purpose of life. 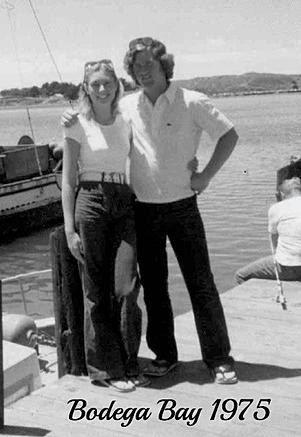 Richard earned a Bachelor of Science Degree in Finance from California State University Long Beach. His diverse professional background has spanned from the 104th floor of the original World Trade Towers in New York as an Institutional Stock Trader to a major software corporation working closely with the Department of Defense and the Intelligence Community.

Maximus is his first novel. He defines it as a ten-year research project that became a labor of love. Richard is currently working on his next project entitled Starfish, the saga of a young Danish woman who immigrates to the timber country of Humboldt County in Northern California during World War ll.

Richard grew up in San Diego, California. He and his wife of 39 years, the former Marian Anne Johnsen, from Santa Rosa, California, have called Utah their home since 1993. Richard and Marian are the parents of eight children and grandparents of two beautiful granddaughters and a handsome grandson. Richard enjoys traveling, swimming in the ocean, playing the guitar and working on cars with his four sons.

More on the author and his upcoming work…

Maximus is his first novel. He defines it as a ten-year research project that became a labor of love. Richard is currently working on his next project entitled

Starfish , the saga of a young Danish woman who immigrates to the timber country of Humboldt County in Northern California during World War ll.

MAXIMUS by Richard L. Black is  a inspirational historical fiction. An interesting tale, that is familiar but told in a different perception. The re-telling of the life and death of Jesus of Nazareth. Told though the eyes of Maximus, a General who commands legions of up to men, and his second-in-command, Androcles.

While, an interesting and intriguing, I had a hard time connecting with some of the characters. I felt they lacked true character. We all know the story of Jesus’, his crucifixion, his death, and his resurrection, but we hardly hear stories of Maximus, who begins to follow Jesus, and tells Pilate he is not a threat to Rome and others, who was present in Jesus’ life.

While, this is an enjoyable and satisfying read, it was missing something. I had a hard time connecting to some of the characters, but with this said it was an enjoyable read. We find faith, healing, learning to follow your heart, and opening to the unexpected circumstances of life. This is the story of Romans, Judeans, soldiers, fishermen, Jerusalem, family,  Galileans, trust, justice, injustice, a journey of life and faith. This author definitely shows his deep, and extensive research into this tragic story. I would read another story written by this author. He did a just job of this story, you can easily tell this was a labor of love. Any inspirational readers, historical fiction readers, and anyone who enjoys reading of Bible characters. In the end an enjoyable and satisfying read.

*Received for an honest review from the publisher and Net Galley*

One Reply to “MAXIMUS~ RICHARD L. BLACK~ Promo and review…”