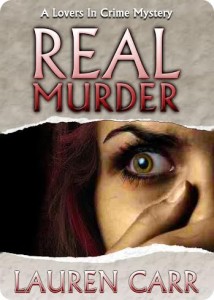 When Homicide Detective Cameron Gates befriends Dolly, the little old lady who lives across the street, she is warned not to get lured into helping the elderly woman by investigating the unsolved murder of one of her girls. “She’s senile,” Cameron is warned. “It’s not a real murder.”

Such is not the case. After Dolly is brutally murdered, Cameron discovers that the sweet blue-haired lady’s “girl” was a call girl, who had been killed in a mysterious double homicide.

Meanwhile, Prosecuting Attorney Joshua Thornton is looking for answers to the murder of a childhood friend, a sheriff deputy whose cruiser is found at the bottom of a lake. The deputy had disappeared almost twenty years ago while privately investigating the murder of a local prostitute.

It doesn’t take long for the Lovers in Crime to put their cases together to reveal a long-kept secret that some believe is worth killing to keep undercover. 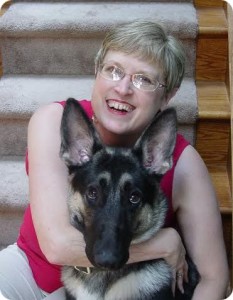 In addition to her series set on Deep Creek Lake, Lauren Carr has also written the Lovers in Crime Mysteries, which features prosecutor Joshua Thornton with homicide detective Cameron Gates, who were introduced in Shades of Murder, the third book in the Mac Faraday Mysteries. They also make an appearance in The Lady Who Cried Murder.

Lauren launched the Lovers in Crime (first introduced in Shades of Murder) mystery series in September 2012 with Dead on Ice. Real Murder is the second installment in this series.

Lauren is a popular speaker who has made appearances at schools, youth groups, and on author panels at conventions. She also passes on what she has learned in her years of writing and publishing by conducting workshops and teaching in community education classes.

She lives with her husband, son, and three dogs on a mountain in Harpers Ferry, WV.