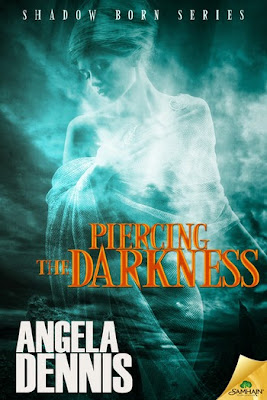 Cursed by the dark mage who killed her, Hilda Janssen has wandered the Earthly plane as a ghost for fifty years, finally finding her place as an IRT hunter, policing supernatural misfits trapped on Earth after a brutal war.

When a demon attacks, putting her team in mortal danger, Hilda sacrifices herself to save her friends. She’s already died once; what difference will doing it again make? But instead of meeting a final death, Hilda is cast into the Void, a magical prison from which there is no escape.

Her only hope is Cade Kerrigan, the lover she left behind after her first death. Their bond and his magic are the only things strong enough to pull her through the Veil. But Cade has no idea his soulmate came back as a ghost, and he isn’t too happy to have been left in the dark.

They must put aside the baggage of the past to save Hilda from a fate worse than death.

Warning: Contains star-crossed lovers destined for a second chance, a whirlwind of powerful magic, and a love so strong it defies even death. 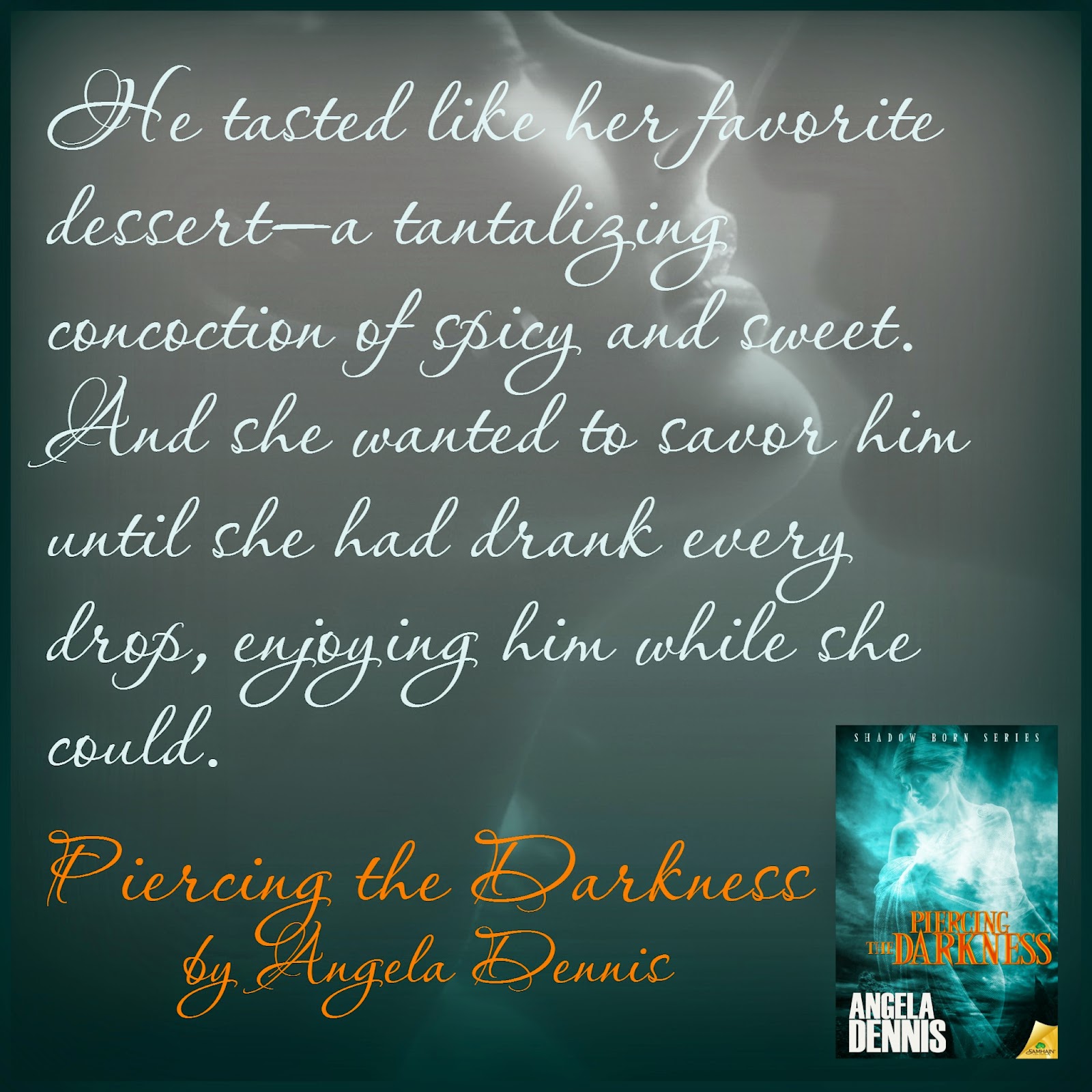 Everything hurt, even her teeth. Hilda eased to her hands and knees, spitting dirt from her mouth. She had no idea how much time had passed, and she didn’t really care. All she wanted to know was where the hell she was.

She tried to stand, but pain brought her back to her knees on the damp ground. Rubbing at her burning eyes, she shook her head. Her vision was blurry at best, and all she could see for miles was dirt and darkness. The air was thick with humidity and stank of wood smoke, burning her lungs each time she inhaled.

Wait. She was breathing. Ghosts didn’t breathe. And they didn’t hurt.

Her legs gave out and she collapsed onto the ground. She ran her fingers through the soggy earth at her side, realizing she could feel it. Fighting back her growing alarm, she brushed her fingertips across her face. She could feel that too, and it felt solid. Holy shit, she still had a body. She had no idea how that was possible, but she was going with it. This time when she stood, she was prepared for the instant pain and weakness, so she managed to stay on her feet. She spun around, searching for something, anything, other

than the endless darkness.

She definitely was not still on the Earthly plane. This place felt different. The air was gritty, felt dirty against her skin. And something about it seemed…wrong.

As her eyes adjusted, she realized there were globe-like fixtures scattered beneath the ground. They shimmered with pale blue light that barely penetrated the dense atmosphere. But it was bright enough she could make out the outline of a hillside in the distance. Maybe if she climbed to the top she could get a better look around.

She wrapped her arms around her chest to try and get warm, realizing she was naked. How she had missed that was anyone’s guess, but it was irrelevant. It wasn’t as if she could pull a pair of pants and a sweater out of thin air. She’d figure it out later, once she got her bearings.

Bare feet dancing across the rough, pebbled landscape, she kept her eyes focused on the hill in front of her, confident her salvation lay on the other side. The farther she walked, the more confused she became. This plane didn’t fit the description of any plane she’d heard of, and the education Brenna had given her had been fairly extensive. There was a tingle of

doubt in the back of her mind, a part of her that was convinced she was finally completely dead and this was her afterlife. But she refused to believe that.

So she moved forward, step by painful step, against the wind’s resistance, through the thick layers of fog, until she was only a few yards from the hillside. Now that she was close, she realized the hill was made of a series of jagged stones, jutting out at various dangerous looking angles. It would take a miracle for her to reach the top, but she was known for beating the odds. She’d never know if she didn’t try.

Her hand was clutching the first notch in the rock when she heard it. A mix between a growl and a hiss echoed through the night. It was so loud, she unconsciously released the rock, pressing both palms over her ears to block it out. The ground shook with the force of whatever was coming and the wind stopped abruptly as if it too was running away. 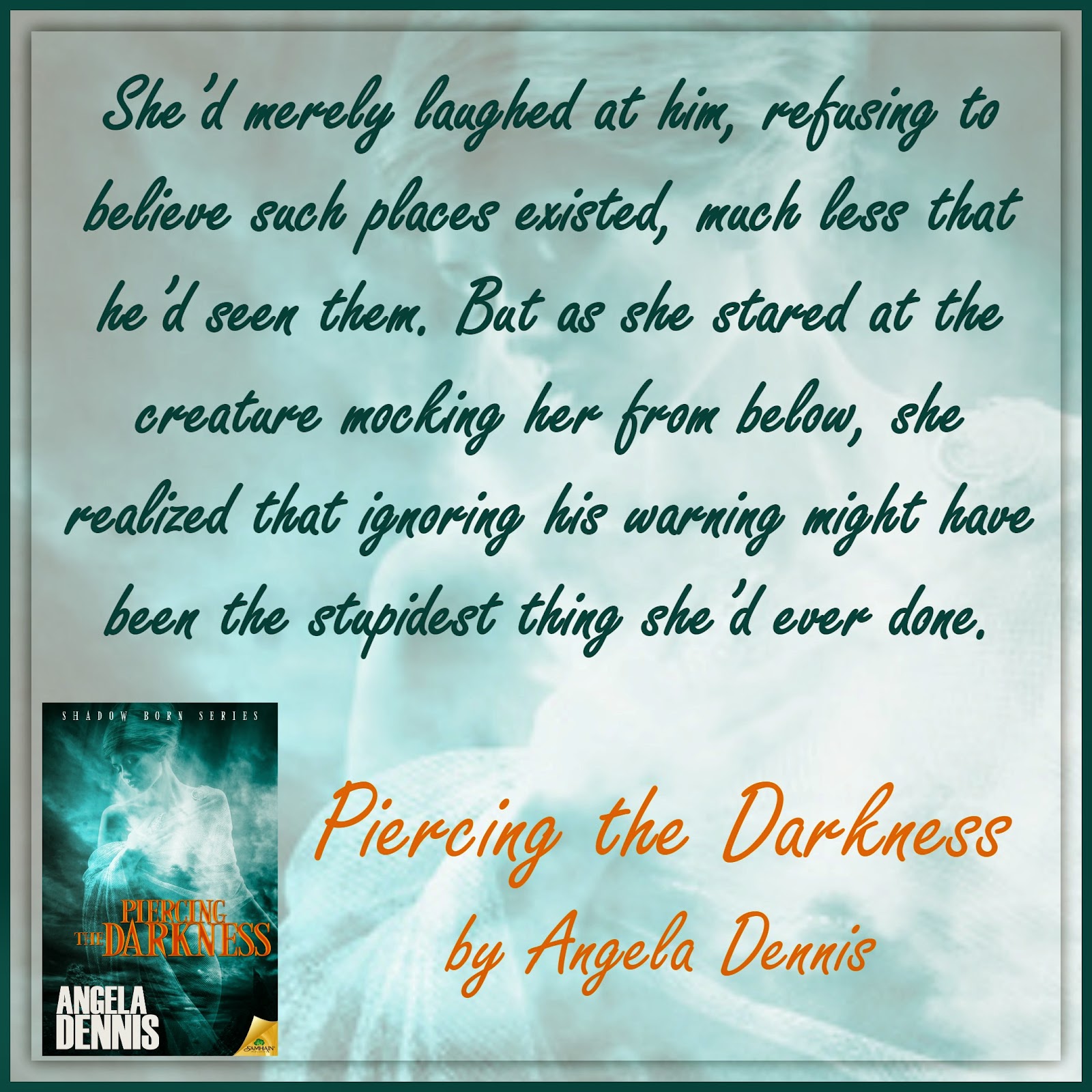 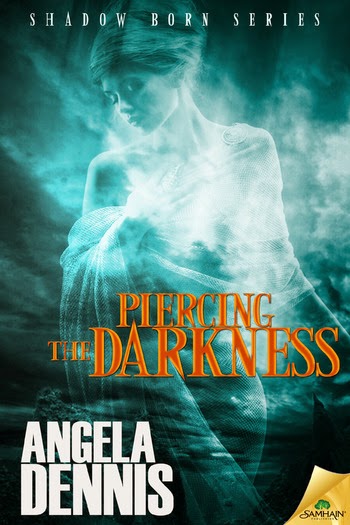 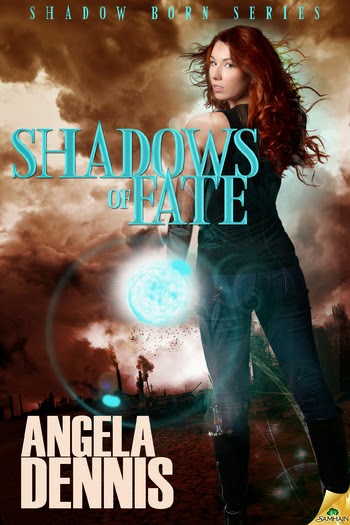 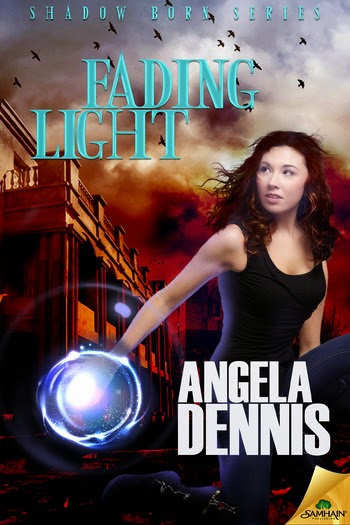 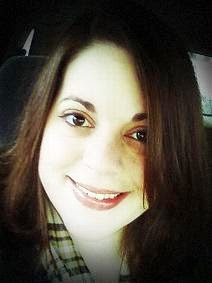 Angela Dennis lives outside Cincinnati, Ohio, with her husband, son and a sheltie with a hero complex. When she is not at her computer crafting stories, she can be found feeding her coffee addiction, playing peek-a-boo, or teaching her son about the great adventures found only in books.

You can visit Angela at her blog www.angeladennisauthor.blogspot.com. She loves to hear from her readers, so don’t forget to find her on Twitter to chat.