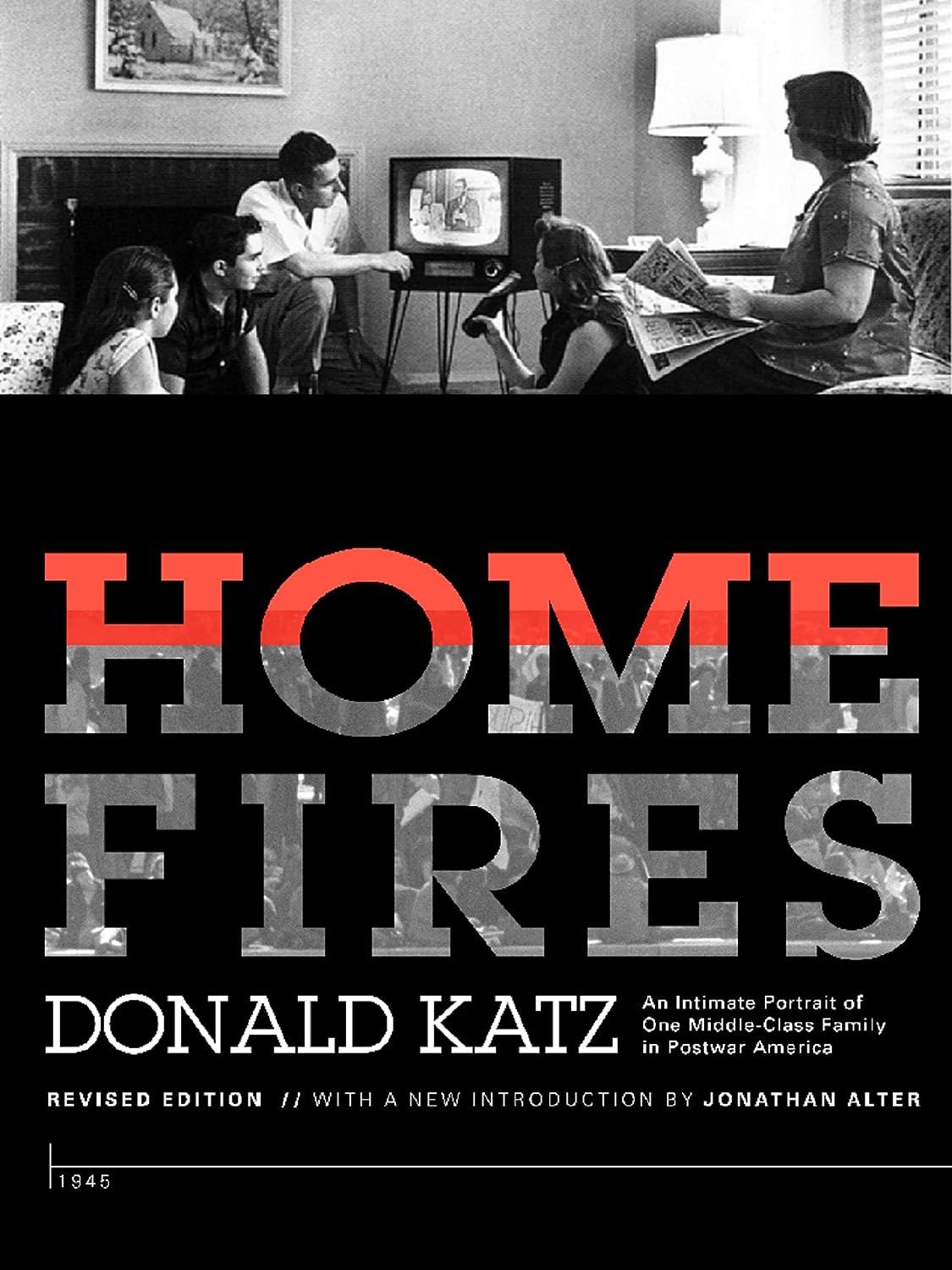 Home Fires: An Intimate Portrait of One Middle-Class Family in Postwar America

Revised Edition with a new introduction by Jonathan Alter

Home Fires is the powerful saga of the Gordon family – real people, names unchanged. Spanning nearly five decades, from the end of World War II to the early 1990s, their story has the scope, depth, wealth of incident, and emotional intensity of a great novel, and an abundance of humor, scandal, warmth, and trauma – the recognizable components of family life. This is also a masterful chronicle of the turbulent postwar era, illuminating the interplay between private life and profound cultural changes.

Donald Katz begins his account in 1945, when Sam Gordon comes home from the war to his young wife, Eve, and their two-year-old, Susan, eager to move his family into the growing middle class. After a few years in the Bronx, Sam and Eve move to a new Long Island subdivision and have two more children. As the ’50s yield to the ’60s, the younger Gordons fly out into the culture like shrapnel from an artillery shell, each tracing a unique trajectory: Susan, early into rock ‘n’ roll and civil rights, Vassar girl, feminist, author of “The Politics of Orgasm”, and recovering drug addict; Lorraine, teenage beatnik and leftie, one-time member of a women’s rock band, longtime follower of an Indian religious teacher; Sheila, the “good” daughter who married then remarried, with a big suburban house, two kids, and a therapist; and Ricky, the youngest, witness to the family traumas and cause of a few himself, openly gay, eclectically New Age, and a successful songwriter and composer. And all Sam and Eve ever wanted – like millions of others who had experienced the Depression and the war – was a “normal family”.

Katz tells the Gordons’ story – the unraveling of Sam’s and Eve’s American dream, to the slow, hopeful reknitting of the family – marshaling a vivid cast of supporting characters. Deftly juxtaposing day-to-day family life with landmark public events, Katz creates a rich and revealing portrait of the second half of the 20th century in America.

DONALD KATZ is founder and CEO of Audible, Inc., the leading provider of premium digital spoken audio information and entertainment on the Internet. Prior to founding Audible, Katz was a journalist and author for twenty years; his work won a National Magazine Award, an Overseas Press Club Award, the Chicago Tribune Heartland Prize for Nonfiction, and was nominated for a National Book Critics Circle Award, among other prizes.

For his leadership of the company since inception, Donald Katz won the 2004 Ernst & Young Entrepreneur of the Year Award for New Jersey. Katz graduated from New York University in 1974, where he studied with novelist Ralph Ellison. Mr. Katz is married, the father of three children, and an avid ice hockey player.