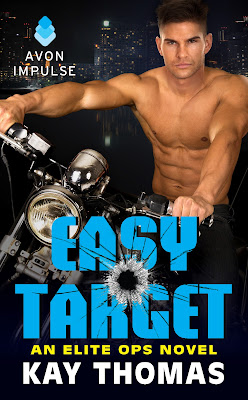 Who’s Who in the Elite Ops Series

AEGIS: an elite team of ex-military men working under the radar of most governments. If you have a problem no one else can handle, they can help.

I’m having so much fun writing this series. I’ve even put together a Pinterest board of pictures of how I imagined the characters might look in the AEGIS agency. While I was writing the story I had a computer wallpaper of the heroes I put up to keep me inspired as I worked. I thought it would be fun to share my men of Elite Ops here along with their photos.

When HARD TARGET opens Leland Hollis is rethinking his career path with the DEA and a lot of other things in his life. Basically, he’s looking for redemption and finds it in helping the heroine, Anna Mercado and her son. I love that Leland is willing to do whatever it takes to keep Anna safe, even if it means driving her away. Her safety is far more important to him than her thinking he is a nice guy. That kind of searching humility is very appealing to me, and the whole badass-southern-boy-with-a-heart-of-mush persona makes me melt.Anna Mercado is on vacation in Mexico with her teenaged son when she overhears her estranged husband planning her murder. In the process of trying to get back home to the US to safety, she meets Leland Hollis. Leland agrees to help her, but neither of them realizes that getting Anna and her son back home only means their troubles are just beginning.Nick Donovan from PERSONAL TARGET:

Taking care of family is the most important thing to Nick Donovan. But for years he’s been turning off his feelings, so he can do his job with the CIA. Seeing Jennifer Grayson, a woman from his past, tears down the wall Nick has built around himself and his heart. Jennifer turns everything back on. Those feelings and emotions all reignite with a vengeance. And yes, fireworks ensue.The book is about a case of mistaken identity and a very personal vendetta. Personal Target takes the reader from Dallas to Mexico, across the African Savanna, to the shores of the Mediterranean in a race against time for Nick to save the woman he loves but lost ten years ago.

Bryan Fisher (aka Hollywood) from EASY TARGET:
Bryan Fisher was introduced in HARD TARGET and also featured in PERSONAL TARGET. In EASY TARGET, he gets his own story. A former Marine, Bryan’s been drifting since coming home from the war in Afghanistan. He’s a temporary employee for AEGIS where he is able to keep himself and his emotions safely shut down so there is no longer any risk of losing people he cares for. But when Bryan’s best childhood friend is falsely accused of murder in Mexico, Bryan teams up the friend’s tag-a-long little sister, Sassy Smith, who is now all grown up and fighting her own demons.When Sassy is kidnapped in Africa while fighting to prove her brother’s innocence, Bryan will risk more than his heart to keep Sassy safe from a sex-trafficking drug cartel with ties to the deepest levels of government.Lily from EASY TARGET and her owner, Bear Bennett

Not a main character and certainly not a man, still Lily’s picture has to be included. Lily is a four-month old English Bulldog who gets into everything. She belongs to Bear Bennett who is introduced in EASY TARGET and plays a bigger role in my next story. I figured you’d like a sneak peek at them both because what’s sexier than a hot guy and his dog?I hope you’ll enjoy reading about these heroes in the Elite Series as much as I’m enjoying writing them. Men who’ll do anything for their country … and their women.
Thank you, for stopping by today!
***

AEGIS: an elite team of ex-military men who will do anything for their country…and their women.

Fighting to clear her brother of murder, freelance reporter Sassy Smith is suddenly kidnapped and thrown into a truck with other women who are about to be sold…or worse. When she sees an opportunity for escape Sassy takes it, but she may have just jumped from the frying pan into the fire.

Former Marine Bryan Fisher (aka Hollywood) is no stranger to dangerous situations, or to his best friend’s little sister. When he rescues Sassy, Bryan is determined to keep her safe…if he can keep his hands off of her. Because Sassy is all grown up and not at all like the girl he used to know. But he’s got bigger problems. And with enemies coming at them from every corner, Bryan and Sassy will need to work together if they’re going to survive.

Bryan spared only a glance for the three men on the ground before holstering his Glock. They weren’t going anywhere. One had a broken neck, the other a cracked skull, and the third would be unconscious for several hours.
He felt the adrenaline spike as he looked at Sassy. Her blouse was torn, and the flowing skirt she was wearing when he last saw her in Niamey was dirty and hiked up to the point where he could see her ripped panties and tell that she preferred bikini waxes over Brazilians. The bra she wore looked like something featured in the X-rated dreams he’d had about her over the past six months, even with a torn strap.
She was shaking like crazy, and her eyes were huge as she stood in the shadowed alleyway. He was shaking himself. So grateful he’d found her before any more damage had been done to her, he didn’t know what to say.

As it turned out, he didn’t have to say anything, because she immediately began peppering him with questions as she threw herself into his arms. “Ohmigod! You’re here. How did you find me? What is going on? Are they dead?”
The questions came with the rapid-fire pace of a machine gun. Even when scared out of her mind, Sassy could pull it together, and she never stopped thinking. As a kid, she could cope with disaster better than anyone he knew, and as an adult, she hadn’t relinquished the title.
A smile tugged at the corner of his mouth, and his body tightened with the inevitable response to that adrenaline dump and the lightning-fast switch from killing a man to embracing an abundant armful of warm woman. He knew the hug was an anomaly and decided he better enjoy it while it lasted.
He took a moment to hold her to his chest. “It’s complicated. I don’t know, and two of them are dead, yes.”
Sassy still clung to him, even as she stilled in his arms and tried to step back. He held on to her a moment longer until her hands changed from grasping him around the neck in honest relief to an abrupt slide across his chest with a red-tipped fingernail. He let her go, but he didn’t want to. The comfort of finding Sassy safe washed over him, along with the realization that no matter how hard he’d tried, he hadn’t been able to stop thinking of her since they’d reconnected last summer after Trey’s arrest.

Kay Thomas didn’t grow up burning to be a writer. She wasn’t even much of a reader until fourth grade. That’s when her sister read The Black Stallion aloud to her. For hours Kay was enthralled—shipwrecked and riding an untamed horse across desert sand. Then tragedy struck. Her sister lost her voice. But Kay couldn’t wait to hear what happened in the story—so she picked up that book, finished reading it herself, and went in search of more adventures at the local library.

Today Kay lives in Dallas with her husband, two children, and a shockingly spoiled Boston terrier. Her award-winning novels have been published internationally.