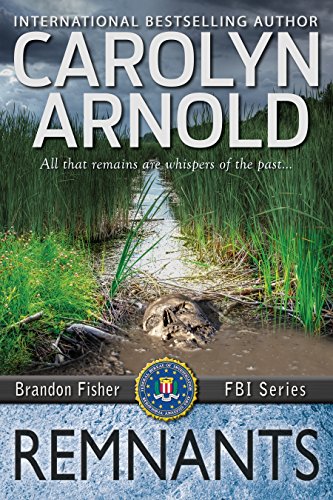 “Arnold has created a gritty nightmare of a tale that will churn the stomachs of even the most hard-boiled of FBI agents… Full of grit, gore and enough twists to make even the most diligent of readers hard-pressed to discover the villain, even the ending will keep you on pins and needles.”
–Tome Tender Book Blog

All that remains are whispers of the past…

When multiple body parts are recovered from the Little Ogeechee River in Savannah, Georgia, local law enforcement calls in FBI agent and profiler Brandon Fisher and his team to investigate. But with the remains pointing to three separate victims, this isn’t proving to be an open-and-shut case.

With no quick means of identifying the deceased, building a profile of this serial killer is more challenging than usual. How are these targets being selected? Why are their limbs being severed and their bodies mutilated? And what is it about them that is triggering this person to murder?

The questions compound as the body count continues to rise, and when a torso painted blue and missing its heart is found, the case takes an even darker turn. But this is only the beginning, and these new leads draw the FBI into a creepy psychological nightmare. One thing is clear, though: The killing isn’t going to stop until they figure it all out. And they are running out of time…

Available from these fine retailers and more 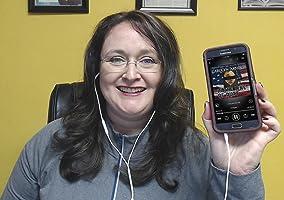 CAROLYN ARNOLD is an international best-selling and award-winning author, as well as a speaker, teacher, and inspirational mentor. She has four continuing fiction series–Detective Madison Knight, Brandon Fisher FBI, McKinley Mysteries, and Matthew Connor Adventures–and has written nearly thirty books. Her genre diversity offers her readers everything from cozy to hard-boiled mysteries, and thrillers to action adventures.

Both her female detective and FBI profiler series have been praised by those in law enforcement as being accurate and entertaining, leading her to adopt the trademark: POLICE PROCEDURALS RESPECTED BY LAW ENFORCEMENT™.

Remnants by Carolyn Arnold is an heart-pumping Suspense/Thriller/Mystery set in Little Ogeechee River in Savannah, Georgia. #6 in “Brandon Fisher FBI series”. While, can be read as a stand alone, readers will find re-appearing characters from the previous books. This was my first time reading Ms. Arnold’s intense FBI series but I was not lost. I found it to be exciting, heart-pumping, intensive, and frightening at times. What a wild ride of police procedurals, FBI tactics, and so much more.

Gritty, with gore, a serial killer, twists and turns, and non-stop action, that will keep the reader turning pages.  The details and police procedures were well-researched and explained so the reader understood. It was as if Ms. Arnold was speaking to the reader directly and in person. The characters were well-developed and engaging. The plot, WOW, was unique, but original, who the serial killer was, was  hard to figure out, as all is revealed, you wonder, how did I not figure this out sooner.  A nail biting Psychological Thriller, to be sure. Don’t read late at night, you might hear monsters (or a serial killer) go bump in the night.

If you enjoy CSI or Criminal Minds T.V. series, you will definitely enjoy “Remnants”. Readers will be engrossed from the beginning to the end. I found this story to be an overwhelmingly gritty story, but what a joy to read.  I look forward to reading more from Carolyn Arnold. Highly recommended for fans of Mystery, Suspense, Psychological Thrillers, and hard-core FBI series.