Dead men don’t tell tales. They wail them from the top of the tallest tower.

Lady Guinevere (Guin) Harvey would much rather be writing gothic tales of intrigue and adventure than dancing attendance on her sister, the newly married Duchess of Silberwald. Until they arrive at Silberwald Castle, a place of enchanting perfection—and gothic shadows.

Ghostly groans and clanking chains lead Guin through ancient, misshapen passages to one of the castle’s many mysteries: a cell where the odd but charming Kasimir is kept chained like an animal. He could be a figment of her vivid dreams, the ghost of a dead, mad prince, or just a political prisoner no one wants to talk about.

Desperate to discover what beast is howling such soul-chilling cries, Guin summons the medium Barbara Darke. But by the time Barbara arrives, Guin can no longer distinguish dream from reality, friend from enemy. Even with all Barbara’s unique talents, they have to face new dangers before they finally discover the terrifying truth of Silberwald Castle.

Marie Treanor lives in Scotland with her eccentric husband, three much-too-smart children and a small puppy who rules them all. Having grown bored with city life, she resides these days in a picturesque village by the sea where she is lucky enough to enjoy herself avoiding housework and writing sensual stories of paranormal romance and urban fantasy – with a bit of science fiction and time travel thrown in.

Marie is the award winning author of over forty sexy paranormal romances – Indie, New York and E-published. Since childhood, she has always written stories, at first secretly and for her own amusement, later with more serious intention to earn a living by writing. After working as a researcher and a librarian, she was lucky enough to have her first romances, GHOST UNLAID and QUEEN’S GAMBIT, immediately accepted by an e-publisher in 2004. Since then, she has published continuously, most notably with NAL, Samhain, Changeling Press, Ellora’s Cave and The Wild Rose Press. She now writes full time.

In 2010, she made her New York publishing debut with BLOOD ON SILK, first of the award winning Awakened by Blood vampire romance trilogy. Reviewers have described her undead anti-hero Saloman as the best vampire in the genre. Most recently, she has been trying her hand at self-publishing, with three new paranormal romance series, Serafina’s, The Gifted, and Blood Hunters (a sequel series to Awakened by Blood).

When not writing, Marie can generally be found among the chaos of her family, or walking the dog on the beach in all weathers. She loves to travel and meet new people. – See more at: http://www.marietreanor.com/about-the-author-marie-treanor/#sthash.ahFX5oNK.dpuf

MBA&M AND THE CADENCE GROUP SPOTLIGHT TODAY IS ON…..

“RING AROUND THE ROSY” 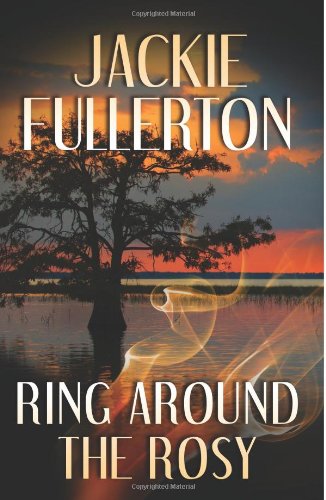 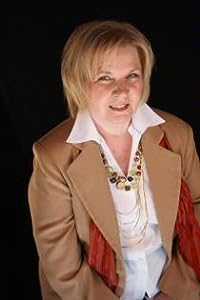 Jackie Fullerton is a successful businesswoman and attorney who grew up in rural Ohio.

While she lived in Ohio, she was an active member of the Columbus, Ohio, community, Fullerton served on several boards and commissions, including the Ohio Department of Alcohol and Drug Abuse; Franklin County ADAMH (Alcohol, Drug Abuse, and Mental Health) Board; Community Shelter Board; Habitat for Humanity Board; and Court Appointed Special Advocates of Franklin County, Ohio (CASA).

Fullerton now lives in Florida, with her husband, Tom, and their dog, Flash.

Jackie Fullerton is the author of Ring Around the Rosy, Revenge Served Cold and Piercing the Veil.

Publication Date: December 14, 2012
Law student and amateur sleuth Anne Marshall and her attorney fiance Jason Perry leave their Midwestern town for a Florida vacation at the home of Jason’s parents. When they land in Florida, they find that Jason’s father has discovered the murdered body of his wife’s best friend, Maude. The only clue left behind is a note pinned to her that is the second verse of the nursery rhyme Ring Around the Rosy. Unable to pass up the opportunity to investigate a juicy murder, Anne soon discovers that Maude’s brother was killed in a hit-and run accident several months before. The first verse of Ring Around the Rosy was pinned to his chest. Anne thinks the perp is a serial killer who will strike again. When Maude’s son, Ron, is brutally attacked and left for dead, Anne knows his work is just beginning. Racing against the clock, Anne soon finds herself in a serial killer’s crosshairs while battling an untimely attraction to homicide detective Don Reynolds. Ring Around the Rosy takes you on an adventure from present to past and back again as Anne and her crime-solving partners shift in to high gear to stop a killer before he strikes again!

RING AROUND THE ROSY by Jackie Fullerton is an exciting inspirational romantic suspense/murder mysteries/women sleuths with a ghost. While, “Ring Around The Rosy” may not be considered a series,it is the third in a “Murder Mystery” series,where amateur Anne Marshall and her ghostly investigating father,Tim Sherman fight crime and solve mysteries. Anne hears and sees her father,who has passed away. He helps try to keep her out of trouble,which just doesn’t happen.

In “Ring Around The Rosy”, Anne and her friends are after a possible serial killer. Who by the way, just happens to see and hear an evil ghostly apparition. He leaves the nursery rhyme Ring Around the Rosy pinned on the victims bodies. Fast faced story of misunderstandings,murder,ghosts,an unlikely attraction,adventure,and true love can cross the heavenly divide. A mystery that any mystery,crime solving readers are sure to enjoy. Ms. Fullerton has written a story that is full of engaging characters,ghostly apparitions,an intriguing plot and a great mystery that crosses time. Although, a misguided attempt at revenge is present,”Ring Around The Rosy” will keep you guessing right to the end. A well written story,that held my attention from beginning to end. A must read! Received for an honest review from The Cadence Group.