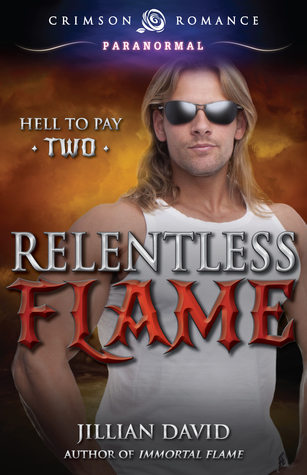 MBA&M: Please tell our readers a little about yourself?
I double majored in English and premed because I wasn’t 100% certain which direction I’d go. Now, years later, I’m a family doctor who writes books! Since the beginning of forever, I’ve been a science fiction and fantasy geek. So, writing paranormal romance fits perfectly. Also kind of funny, people who know how happy I am in my “real life” are often horrified by the darkness/evil themes in my writing. Apparently, some hidden piece of my soul enjoys things that go bump in the night….
MBA&M: Please give our readers a bit of background about  the “Hell to Pay” Trilogy?

Hell to Pay started out with a question of “What if I could tell which of my patients would survive and which would die?” Morbid, huh? I also wanted to heal folks just by touching them. Boom. First two heroine powers were born.
Then, at the same time, I started playing with the idea of making a deal with the devil. What would happen if it were literally true?
Mix in some romance, terror, brimstone, and adventure and that’s the Hell to Pay series.
MBA&M: Who was your most challenging character to write?
In my 3rd book, I have Ruth, a stoic, tormented Indebted with secret powers of her own. Writing her character was hard because she’s super-strong like the other Indebted, but has her own vulnerabilities. The challenge was hitting the right tone between tough and caring. Then, I had to create the >perfect< love interest for her who matched her strength and helped her grow. And of course, he had to be super sexy!
MBA&M: What or who was your inspiration in writing a Paranormal Romance?
I love asking “what if” for everything! Writing paranormal romance means the story is not tied to reality. Things can happen in paranormal romances that wouldn’t happen in a standard romance.
MBA&M: Three words to describe the “Hell to Pay” Trilogy? AND Three words to describe “Immortal Flame”?

Hell to Pay: Earth-shattering, redemption, nonstop action (okay, that’s more than 3 words…)
Immortal Flame: tormented, sexy, death
MBA&M: What’s next for you and your career?
So glad you asked! Book #3 of my series, Flame Unleashed, will be released early this fall, so I want to make sure folks know about it!
Beyond that, I’ve got another 4-book series outlined. The first book has been written already. It’s a suspense/light paranormal blend that relates to Ruth in Hell to Pay. In this series, we meet the Taggart family, a Wyoming family who have to release their hidden powers to protect their ranch…and those who they love.
MBA&M: What would you say is the most remarkable thing about writing a book/story?
If I get stuck with a plot roadblock or character issue, I’ve learned to go to sleep! As long as I don’t get called in to deliver a baby at 2am, my brain apparently stays active enough to work out the problems. In the morning, more often than not, I wake up with the solution! Oooh — maybe that’s >my< secret power!
MBA&: Do you have anything else you wish to add?
Sure do. Big thanks to My Book Addiction and More to featuring my books on your site! I so appreciate when folks take a chance on a newbie author.
Info for new release: Flame Unleashed. Will be out early fall by Crimson Romance.
(At the time of your post, I will not have the cover…yet…but soon. More information will be available on my website.)
Thank you for stopping by today! We wish you the very best in your writing career!
****
Meet Jillian David…

Blurb:
Immortal. Colossal. Suave. Indebted killer Dante Blackstone has the world at his feet. Every vice, any desire, is his for the asking—until he finds the one person he cannot have: one sweet, diminutive woman who could bring about Dante’s destruction.
Despite her supernatural ability to heal others, a devastating act of evil has left Hannah Miller broken in body and spirit. As she rebuilds her life while on the lam, a not-so-chance meeting with Dante chips away at the walls surrounding her fragile heart. But before their fledgling love can take flight, Dante’s boss sends an evil minion with one mandate: Eliminate Dante’s new reason to break his eternal contract.
As they fight to survive, Hannah’s amazing gift gives Dante one chance to save them both from the vicious minion. How can any love survive eternal hell and annihilation?
The answer lies in Dante’s inferno.
Goodreads link: https://www.goodreads.com/book/show/25217964-relentless-flame
Amazon link: Relentless Flame (Hell to Pay) – Kindle edition by Jillian David. Paranormal Romance Kindle eBooks @ Amazon.com
Book info: http://www.amazon.com/Jillian-David/e/B00SPMK2Q2/ref=ntt_athr_dp_pel_1
****
COMING SOON!
Check back later on our sister site, MyBookAddictionReviews
for “My Thoughts”, on this title!!