Terri Pontius and Cedar Fort Publishing & Media are pleased to announce the “We Three Kings” blog tour, which will run from September 17-30, 2014. 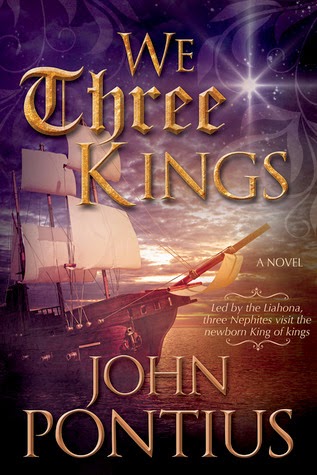 When the signs of the Savior’s birth appear, Nephi witnesses another miracle—the Liahona starts working again after 600 years of being idle! Determined to find and worship the King of kings, Nephi takes his brother Timothy and skeptic Cephus on a journey across the ocean that ultimately changes their lives—and the course of history—as they become the legendary Three Wise Men. 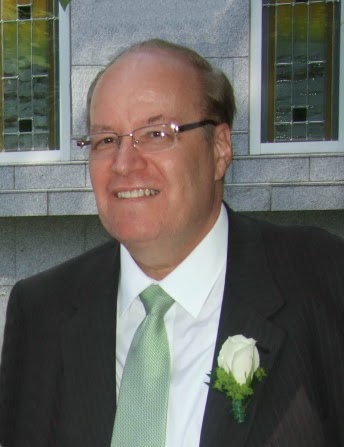 John Pontius was born on May 12, 1952 in Moscow, Idaho to wonderful parents, Robert V. and Ann Pontius. He passed on peacefully in his home on December 10, 2012, after a lifetime of service to the Lord Jesus Christ. John had the sweet and humbling gift of writing with the pen of angels. The Lord gave him an ability uniquely his to express the gospel of Jesus Christ in a simple yet magnificently beautiful way. Throughout his life, he has touched many thousands of lives through his published books and firesides. John’s passions also included music, playing piano and organ masterfully since a young boy, oil painting, woodworking, conducting choral and orchestra (his favorite being the Mat-Su Alaska Community Messiah, which he did for many years), Christmas, and anything that captivated his mechanical and technical genius.

WE THREE KINGS by John John Pontius is an interesting Christian Fiction/Latter Day Saints/History. A compelling, thought-provoking tale of the story of the Three Kings from the Latter Day Saints point of view. Well written, with interesting and engaging characters. The storyline, in my opinion was plausible. Light reading and one which could be read over again. I enjoyed the relationship between the characters on their journey to see the signs of the Savior’s birth. A different but interesting take on the story of the Three Wise Men. Not just a Christmas- time story. It will have you searching out your Bible to see if the details match. As I said earlier, very thought-provoking.

James Holbrook is the great-great-grandson of Nancy Moody. Nancy Moody was the daughter of Charlot Moody and Johnathon Moody-Johnathon Moody was killed in the Civil War-Nancy Moody being the mother of Armeldia Moody and the grandmother of Raymond Wright, Selby Wright, Clara, Cora, and Edith. This is the second short story of James Holbrook, who also published Making Sense in 2011. James graduated from Sullivan University in 2008 with honors and decided to try the option of writing some short stories and children’s books. What James likes most about writing is creative expression.

JR Holbrook has traveled to many places in his life and lived in more than just a few places over nearly fi fty years. While in Hawaii, he had many wonderful experiences, and some of these are in his book. He has been to the Grand Canyon, and saw eagles and condors fl y over its enormously high cliffs. When he traveled to Punta Cana and Costa Rica with college students, he had a great learning experience. He was amazed as he watched the water fall over the edge of Niagara Falls. He also enjoys writing and has studied it through the many years while being in college. He has served as a security offi cer for many years and has an interest in legal issues. Most of his family members from his father’s side who lived in Prestonsburg, Kentucky, were medical doctors, and this is also in his book.

Interviewed at The Writer’s Life

Guest blogging at Between the Covers

Guest blogging at Confessions of a Reader

Interviewed at The Zen Reader

Guest blogging at 3 Partners in Shopping

Interviewed at All Inclusive Retort

Guest blogging at The Book Rack

Interviewed at Beyond the Book

Interviewed at As the Pages Turn

Guest blogging at Plug Your Book

Interviewed at Straight From the Authors Mouth

Guest blogging at As the Page Turns

Author J.R. Holbrook wanted to remind readers everywhere of some of the changes during the early 20th century, taking them back to see the lives of past generations. “Next O&W Train from Tennessee” is the result, a work of introspection and retrospection, a remembrance of the past for the generation of today, and tomorrow.

Holbrook chronicles the past and how things once were, he reminisces on the good that was, but his nostalgia is tempered with the realization that change is so much better, for with it comes progress and improvement, which makes being a witness to these transformations all the more important. His story follows the lives of those who would come to see and witness society come into its own, as well as their family and their children, making this work a multi-generational saga, a story of passing the torch to future generations, while looking back at yesteryear with appreciation.

“It is important to today, because it shows us that good things do take place if society just follows a path that it should,” Holbrook explains.

“Next O&W Train from Tennessee” has won a 2012 USA Best Book Award, a 2013 San Francisco Book Award honorable mention, and will be in the New England book festival awards coming in January 2014.

Thanks for stopping by today!

SUSAN SLOATE is the author of 20 previous books, including the recent bestseller Stealing Fire and Realizing You (with Ron Doades), for which she invented a new genre: the self-help novel. The original 2003 edition of Forward to Camelot became a #6 Amazon bestseller, took honors in three literary competitions and was optioned by a Hollywood company for film production.

Susan has also written young-adult fiction and non-fiction, including the children’s biography Ray Charles: Find Another Way!, which won the silver medal in the 2007 Children’s Moonbeam Awards. Mysteries Unwrapped: The Secrets of Alcatraz led to her 2009 appearance on the TV series MysteryQuest on The History Channel. Amelia Earhart: Challenging the Skies is a perennial young-adult Amazon bestseller. She has also been a sportswriter and a screenwriter, managed two recent political campaigns and founded an author’s festival in her hometown outside Charleston, SC.

After beginning his career as a television news and sports writer-producer, KEVIN FINN moved on to screenwriting and has authored more than a dozen screenplays. He is a freelance script analyst and has worked for the prestigious American Film Institute Writer’s Workshop Program. He now produces promotional trailers, independent film projects including the 2012 documentary SETTING THE STAGE: BEHIND THE SCENES WITH THE PIRATES OF PENZANCE, and local content for Princeton Community Television.

His next novel, Banners Over Brooklyn, will be released in 2014.

WHERE WERE YOU THE DAY KENNEDY WAS SAVED?

On the 50th anniversary of the JFK assassination comes a new edition of the extraordinary time-travel thriller first published in 2003, now extensively revised and re-edited, and with a new Afterword from the authors.

On November 22, 1963, just hours after President Kennedy’s assassination, Lyndon Johnson was sworn in as President aboard Air Force One using JFK’s own Bible. Immediately afterward, the Bible disappeared. It has never been recovered. Today, its value would be beyond price.

In the year 2000, actress Cady Cuyler is recruited to return to 1963 for this Bible—while also discovering why her father disappeared in the same city, on the same tragic day. Finding frightening links between them will lead Cady to a far more perilous mission: to somehow prevent the President’s murder, with one unlikely ally: an ex-Marine named Lee Harvey Oswald.

Forward to Camelot: 50th Anniversary Edition brings together an unlikely trio: a gallant president, the young patriot who risks his own life to save him, and the woman who knows their future, who is desperate to save them both.

History CAN be altered …

For My Thoughts on this title, please visit our sister site at: MyBookAddictionReviews

or you may click on the “Our Reviews” at the top of the page.

Thanks everyone for all your support,both to MBA&M and our authors!

Look at this great deal, Kensington is offering Victoria Alexander‘s THE PERFECT MISTRESS for $1.99!!! Wow that’s an awesome deal. Check out the video below, just click the link.

go forth and share this awesome deal with everyone. It’s for today ONLY! November 28th, 2011

Thanks to Alexandra at Kensington we are offering 1 lucky commenter A copy of  HIS MISTRESS BY CHRISTMAS by Victoria Alexander.**Giveaway for TODAY ONLY**!!