~THE OFFICER AND THE SOUTHERNER~ 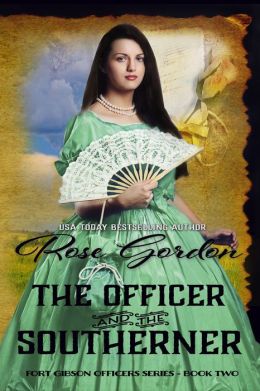 The Officer and the Southerner

Second Lt. Jack Walker doesn’t always think ahead and when he decides to defy logic and send off for a mail-order bride, he might have left out only a few details about his life. When she arrives and realizes she’s been fooled (again), this woman who’s never really belonged, sees no other choice but to marry him anyway―however, she makes it perfectly clear: she’ll be his lawfully wed, but she will not share his bed. Now Jack has to find a way to show his always skeptical bride that he is indeed trustworthy and that she does belong somewhere in the world: right here, with him.

And other fine Retailers++++

I’m an unusually unusual individual who writes for the love of the characters and the story they create.
I have an accounting diploma that hangs above my desk,  a box of model rockets in the closet, dozens of history and science textbooks on my bookshelf and even a few “FOR SALE” signs in my garage. To say I dreamt of being a writer all my life is far from true. But nonetheless, it’s what I enjoy the most.