The temptation of her lips…

Libby Shaw refuses to accept society’s dictates. She’s determined to become a member of Edinburgh’s all-male Royal College of Surgeons. Disguising herself as a man, she attends the surgical theater and fools everyone—except the one man who has never forgotten the shape of her exquisitely sensual lips.

…will make a prince say yes to her every desire.

Forced to leave his home as a boy, famed portraitist Ziyaeddin is secretly the exiled prince of a distant realm. When he first met Libby, he memorized every detail of her face and drew her. But her perfect lips gave him trouble—the same lips he now longs to kiss. When Libby asks his help to hide her feminine identity from the world, Ziyaeddin agrees on one condition: she must sit for him to paint—as a woman. But what begins as a daring scheme could send them both hurtling toward danger… and an unparalleled

One lucky commenter will have chance to win one digital copy from Katherine Ashe’s backlist.

Winner will be announced on this site, on June 5, 2018. Please return to see if you’re a winner. 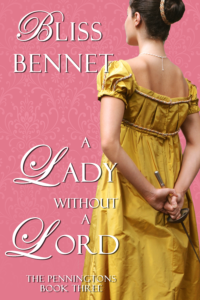 MY BOOK ADDICTION AND MORE IS PROUD TO PRESENT….

Sara grew up in a small town in Iowa, and her obsession with fashion, shoes, and all things British is clearly a rebellion against her hopelessly uncool youth. She graduated from Stanford University in 2003 with a degree in Symbolic Systems (also known as cognitive science) and a minor in history. Sara subsequently worked at Google for seven years in a variety of sales, management, and communications roles. She left Google in 2010 to pursue her writing career full time. Read all about her Regency obsessions and upcoming works at www.SaraRamsey.com. Or, follow her slightly ridiculous Twitter feed, @Sara_Ramsey.

I’ve been asked a lot about how I came up with the idea for my Muses of Mayfair series, and I can honestly say that there was never a single spark of inspiration. The idea for a group of women who are pursuing secret artistic passions came to me very slowly. The first draft of the book that eventually became SCOTSMEN PREFER BLONDES always featured Lady Amelia Staunton, a secret Gothic romance novelist, and Malcolm MacCabe, Earl of Carnach, a Scottish laird in need of a bride.

But the women who became the Muses of Mayfair weren’t actually in the first draft. Madeleine, the actress who stars in HEIRESS WITHOUT A CAUSE, was a very different character. Ellie, the painter from my upcoming THE MARQUESS WHO LOVED ME, was off screen for the entire book.  Prudence, the secret historian who will be featured in my fourth book, didn’t exist at all. It was only as I started writing the first draft of Madeleine’s story that I realized I cared as much for the friendships between these four women as I did for the romances between each hero and heroine.

Don’t get me wrong – the romance between Malcolm and Amelia is absolutely the focus of SCOTSMEN PREFER BLONDES. But relationships between friends intrigue me, too – not the sweet, uncomplicated ‘friendship’ between a heroine and a secondary character whose only role is to give the heroine someone to talk to about the hero, but the messy, sometimes contentious friendships that we’ve all lived through in some way or another.

What I love about all of the Muses is that they’re willing to risk everything to fulfill their artistic passions. But the risk of pursuing your own passion is that you might hurt other people – and I’m really interested in seeing whether people stay true to themselves or sacrifice their dreams for someone else. And I’m also interested in whether friends support each other regardless of what happens, or try to convince each other to take a different path, or betray each other in the belief that they’re actually helping.

There’s never a “right” way to interact with your friends, and different characters make different choices in these books. But I think all of them realize just how vital relationships (both their relationships with their heroes and with the other Muses) are to feeling fulfilled. And how their friendships evolve when they all start pairing off with their respective heroes fascinates me.

What do you think? I’d love to hear your thoughts – and one lucky commenter will win a copy of SCOTSMEN PREFER BLONDES!

THANK YOU FOR TAKING THE TIME OUT OF YOUR BUSY SCHEDULE TO SPEND TIME WITH US AND OUR READERS!!

Please see the above author request for the giveaway!

HEIRESS WITHOUT A CAUSE – Muses of Mayfair #1 – available now!

One title to change his life…

A disgraced son with a dark reputation, William “Ferguson” Avenel is content to live in exile – until his father dies in the scandal of the Season. With rumors of insanity swirling around them, his sisters desperately need a chaperone. Ferguson thinks he’s found the most proper woman in England – and he won’t ruin her, even if he desperately wants the passionate woman trapped beneath a spinster’s cap.

One chance to break the rules…

Lady Madeleine Vaillant can’t face her blighted future without making one glorious memory for herself. In disguise, on a London stage, she finds all the adoration she never felt from the ton. But when she’s nearly recognized, she will do anything to hide her identity – even setting up her actress persona as Ferguson’s mistress. She’ll take the pleasure he offers, but Madeleine won’t lose her heart in the bargain.

One season to fall in love…

Every stolen kiss could lead to discovery, and Ferguson’s old enemies are determined to ruin them both. But as their dangerous passion ignites their hearts and threatens their futures, how can an heiress who dreams of freedom deny the duke who demands her love?

When a friend is forced to consider a marriage of convenience, Lady Amelia Staunton is determined to rescue her. But her plans trap her in an illicit seduction, and Amelia must marry him herself. Malcolm’s all-consuming kisses and devilish humor might make up for her lost freedom, but she believes he will force her to abandon the Gothic romances she yearns to write. Since she can’t escape him, she must distract him from her secret…

He isn’t looking for love…

A powerful autocrat with a well-hidden rebellious streak, Malcolm MacCabe doesn’t need another beautiful mistress – he needs an obedient wife. Obedience is not one of Amelia’s virtues. But he’s too enthralled by her wit and passion to let her go – even if it means risking the political reputation he is building to save his clan.

Their hearts can’t survive the scandal…

Despite their intentions, every wicked embrace binds them together. But as their conflicting desires combust into insatiable hunger and unavoidable ruin, they must decide whether to pursue their personal destinies alone – or fight for the love that could destroy them both.

Please tag,like,Facebook,Twitter,Linked,Pinterest,blog about these wonderful titles!

We hope you have enjoyed your time with Sara Ramsey today!!

Check out our “Thoughts” on both “HERIESS WITHOUT A CAUSE” AND “SCOTSMEN PREFER BLONDES” by Sara Ramsey!!!