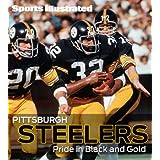 Football’s Greatest: Who is the greatest running back of all time? How about the most dominant team in NFL history? What was the best play ever? Sports Illustrated has polled its experts, asking them to list their Top 10 answers to these and other questions that football fans have been debating ever since the pigskin starting flying. This new, 288-page book, packed with 150 photos and diagrams, will rank the best of the best, explaining the methodology while paying tribute to those chosen with material from SI’s rich historical archive. Released in time for the 2012 holiday season, this is a touchdown for any true NFL fan.

“Our Thoughts” on these titles.

We hope you have enjoyed our spotlight on these “Sports Illustrated” titles.