PUMP UP YOUR BOOK AND MY BOOK ADDICTION AND MORE PROUDLY SPOTLIGHTS:

(Image and information from Pump Up Your Book) 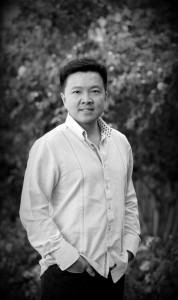 WINNER OF 2011 INTERNATIONAL BOOK AWARDS, Amazon.com and Barnes & Noble #1 bestselling author Joshua Graham’s novel BEYOND JUSTICE is taking the world by storm, one reader at a time. Many of his readers blame him for sleepless nights, arriving to work late, neglected dishes and family members, and not allowing them to put the book down.

Suspense Magazine listed BEYOND JUSTICE in its BEST OF 2010, alongside titles by Scott Turrow, Ted Dekker, Steven James and Brad Thor.

Publishers Weekly described BEYOND JUSTICE as: “A riveting legal thriller…breaking new ground with a vengeance…demonically entertaining and surprisingly inspiring.”

Joshua Graham grew up in Brooklyn,  NY where he lived for the better part of 30 years. He holds a Bachelor and Master’s Degree and went on to earn his doctorate from Johns Hopkins  University. During his time in Maryland, he taught as a professor at Shepherd College (WV), Western  Maryland College, and Columbia Union College (MD).

Today he lives with his beautiful wife and children in Southern  California. Several of Graham’s short fiction works have been published by Pocket Books and Dawn Treader Press.

Writing under the pen name Ian Alexander, Graham debuted with his first Epic Fantasy novel ONCE WE WERE KINGS, an Amazon #1 Bestseller in multiple categories and Award-Winning Finalist in the SciFi/Fantasy category of The USA “Best Books 2011″ Awards, as well as an Award-Winning Finalist in the Young Adult Fiction category of The USA “Best Books 2011″ Awards, and an Award Winner in the 2011 Forward National Literature Awards in the Teen/Young Adult category. ONCE WE WERE KINGS is available in ebook and hardcover editions.

Look for his next Suspense/Thriller DARKROOM (Simon & Schuster/Howard Books) to be released May 1, 2012!

For Film Rights Josh is represented by UNITED TALENT AGENCY.   Please use the CONTACT button on this website for all inquiries. 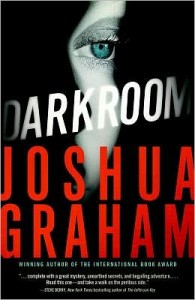 After scattering her mother’s ashes in Vietnam, photojournalist Xandra Carrick comes home to New York to rebuild her life and career. When she experiences supernatural visions that reveal atrocities perpetrated by American soldiers during the Vietnam War, she finds herself entangled in a forty-year-old conspiracy that could bring the nation into political turmoil.

Launching headlong into a quest to learn the truth from her father, Peter Carrick, a Pulitzer Prize Laureate who served as an embedded photographer during the war, Xandra confronts him about a dark secret he has kept–one that has devastated their family.

Her investigations lead her to her departed mother’s journal, which tell of love, spiritual awakening, and surviving the fall of Saigon.

Pursued across the continent, Xandra comes face-to-face with powerful forces that will stop at nothing to prevent her from revealing the truth. But not before government agencies arrest her for murder, domestic terrorism and an assassination attempt on the newly elected president of the United   States.

Darkroom is a riveting tale of suspense that tears the covers off the human struggle for truth in a world imprisoned by lies.

We hope you have enjoyed our “Author Spotlight”  with Joshua Graham today! Please spread the word to all your friends and social networks.

We are offering 1 lucky commenter a copy of “Darkroom” by Joshua Graham. Giveaway will run from today,June 7 until June 14,2012.

*Giveaway is for a print copy*

*Please remember to leave a valid email address with your comment*

Our “Thoughts” on “Darkroom” by Joshua Graham.

HAPPY READING! ENJOY THE REST OF YOUR WEEK!