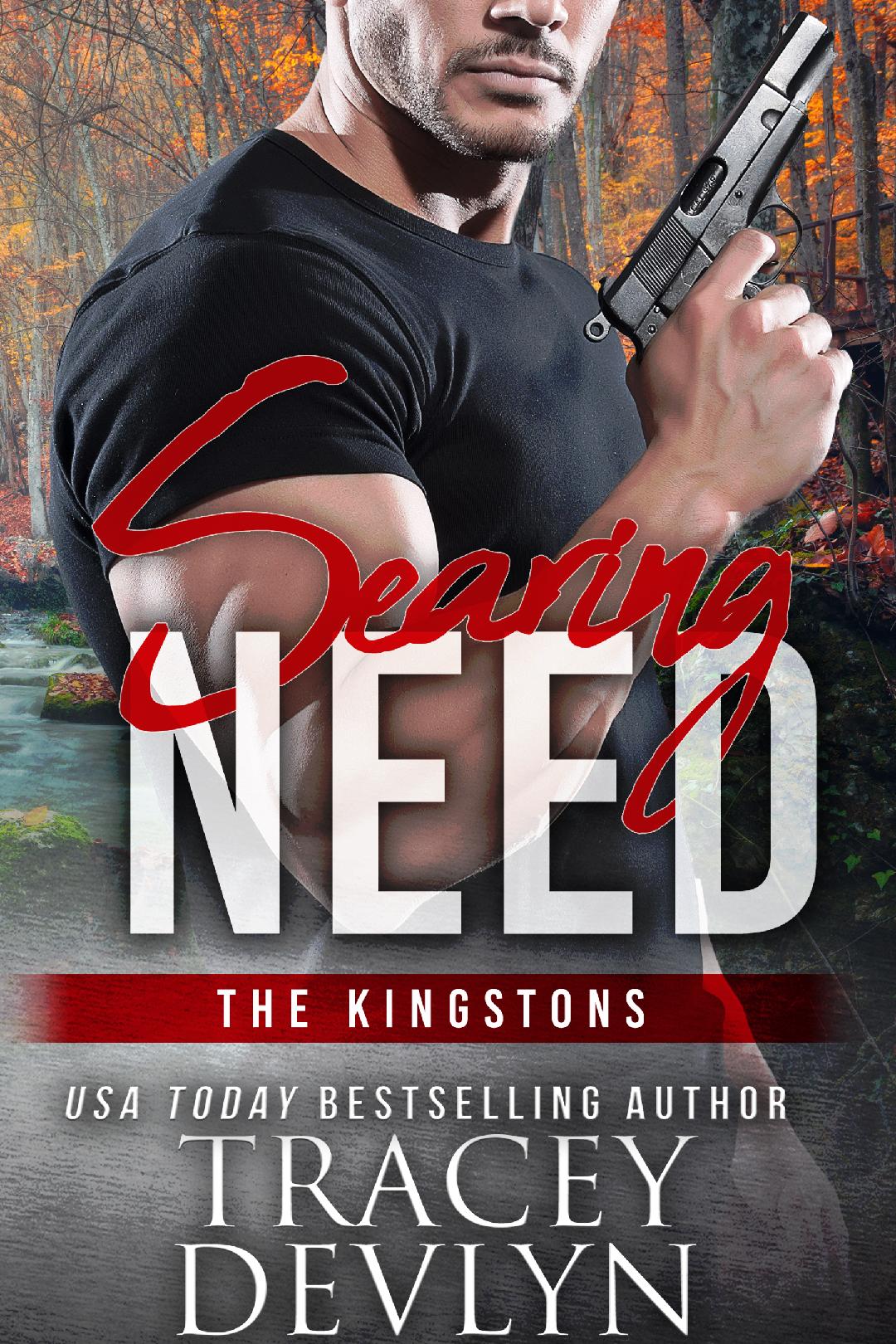 Her sister might be the law and her brothers the brawn, but Riley Kingston is definitely the brains of the family. She’s a talented botanist well on her way to a PhD—so why does she feel like a failure? Fired from a dream project in Costa Rica, Riley’s stuck back in her hometown. Cataloguing plants on Steele land keeps her busy, but it’s far from compelling work. Until she discovers a fascinating new specimen. One with a body made for pleasure . . . and eyes filled with a pain she longs to understand.
Delta Force operator Coen Monroe doesn’t want to be studied. Not even by the sexy scientist whose inquisitive glances stir up desires he isn’t ready to handle. He came to Steele Ridge to be alone, to battle his nightmares and the memories triggering them. But Riley’s gentle seduction is as relentless as her curiosity. She soothes his wounded soul . . . and fires up his defensive instincts. But once her research sparks a deadly conspiracy, Coen is exactly what she needs.
When Riley is targeted by a sociopath bent on silencing her forever, Coen will do anything to protect her. But can he save the woman he loves without losing himself in the process?
Purchase: Amazon | Barnes & Noble | AppleBooks | Kobo

Coen staggered to a halt, his body swaying and his exhausted mind clawing for clarity. Out of all the thousands of acres he could’ve run through, how had he managed to intersect the botanist’s space? Some might call it fate, but he considered it one more rock in an avalanche of bad luck.

The botanist whipped around from her crouched position, eyes wide and wary.

Slowly, as if she were afraid of spooking a wild animal, she eased into a standing position. How long they stood there, staring at each other, he didn’t know. But from one heartbeat to the next, her gaze unlocked with his and began a slow, thorough progression down his face, along his neck, over his bare chest.

Her inspection lingered at the spot where his shorts rode low on his hips. Hunger pushed away the wariness in her eyes before they continued their meandering journey.

Searing need arrowed through his gut, awakening a part of him that had been dormant for far too long.

My Thoughts
Searing Need by Tracey Devlyn is an exciting new Romantic Suspense release.  #3 in her amazing “The Kingstons” series, but can be read as a stand alone.   Features Delta Force operator, Coen Monroe and Riley Kingston, the brains of the Kingstons’ family  and a talented botanist. Set in Steele Ridge.
Face paced, well written with interesting and engaging characters.  The storyline is unpredictable, intriguing and captivating.  Filled with danger, romance, sexy men, feisty women, a sociopath,  with a HEA.  Strongly recommended for fans of Romantic Suspense.  A must read!
“I voluntarily received a complimentary copy, however,  these are my honest opinions. I was in no way required nor compensated to write a review.”
Rating: 4.5
Heat rating: Mild
Reviewer: AprilR