Embarrassing Crushes
By Susan Mallery
With more than 25 million books sold worldwide, New York Times bestselling author Susan Mallery is known for creating characters who feel as real as the folks next door, and for putting them into emotional, often funny situations readers recognize from their own lives. Susan’s books have made Booklist’s Top 10 Romances list in four out of five consecutive years. RT Book Reviews says, “When it comes to heartfelt contemporary romance, Mallery is in a class by herself.” With her popular, ongoing Fool’s Gold series, Susan has reached new heights on the bestsellers lists and has won the hearts of countless new fans.
Susan grew up in southern California, moved so many times that her friends stopped writing her address in pen, and now has settled in Seattle with her husband and the most delightfully spoiled little dog who ever lived. Visit Susan online at www.SusanMallery.com.

When I was younger, I had a deep and abiding love for a celebrity who shall remain nameless. I wasn’t the kind of girl to hang his picture in my locker or cover my room with his posters – ours was a private love. I grew up in LA, and my dad worked in TV, so I was convinced that my one true love and I would one day meet. And when we did, I didn’t want him to think that I was like the millions of silly girls who had a crush on him. They didn’t know him. I did. My love was real, and as soon as we met, he would recognize me as his soulmate.

Back then, I didn’t tell anyone how I felt because our love was sacred. Today, I still won’t confess his name because, frankly, I’m embarrassed. What was I thinking?! He wasn’t very smart, only marginally cute, and he ran like a girl. (There’s your one hint – he was on a TV show that required running. And he had dark hair. Two hints, but that’s it.) 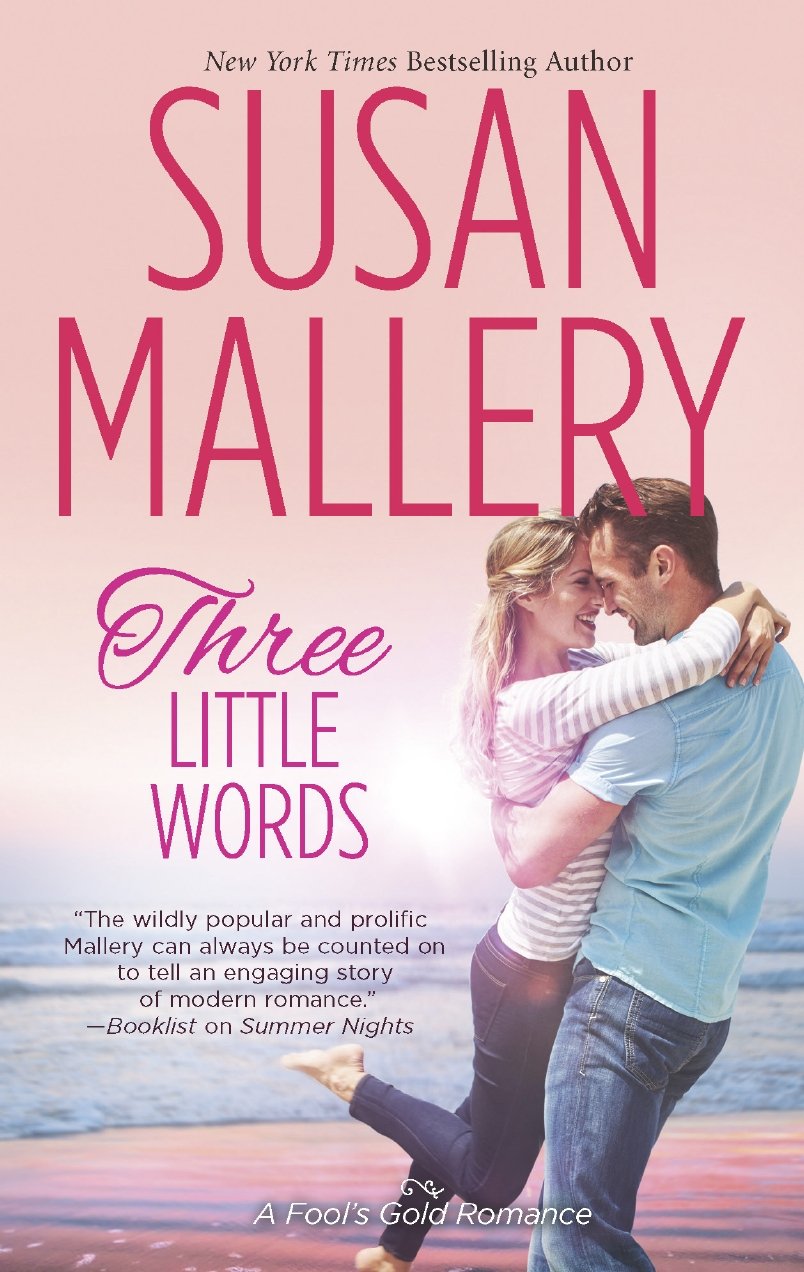 In THREE LITTLE WORDS, my latest Fool’s Gold romance, Isabel Beebe knows all about embarrassing crushes, though hers wasn’t on a celebrity. When Isabel was 14, she had a crush on Ford Hendrix, her sister’s then-fiancé. Worse, Ford knew how she felt because when her sister broke up with him, Isabel chased after him, sobbing, begging him not to leave. And when he joined the Navy, she wrote him dozens of long, impassioned letters.

Over the years, her letters became less like teenage love letters and more like a “Dear Diary” kind of thing, but that brings its own special twist of humiliation. Because now Ford is back in Fool’s Gold to open a bodyguard-training facility, and this dangerously sexy ex-Navy SEAL knows all her most embarrassing secrets. He knows about her first kiss. He knows when she lost her virginity and where (*cough* inthebackofatruck *cough*).

All summer, Isabel has been ducking around corners to hide from Ford, but as THREE LITTLE WORDS begins, she’s decided that enough is enough. Fool’s Gold is too small for her to avoid him forever, especially since he just rented the place next door.

Enter the THREE LITTLE WORDS blog tour contest once a day every day from July 30 through August 11 for a chance to win a $25 Amazon or BN.com gift card! And because this blog was set up by Fool’s Gold Cheerleader Wilma(WendyK), if you win, she’ll win a gift card, too!

Who was your embarrassing teenage crush? Why are you embarrassed?

Need to know the books in the series? Check here: http://www.susanmallery.com/series.html

*You must answer the above question in your comments*