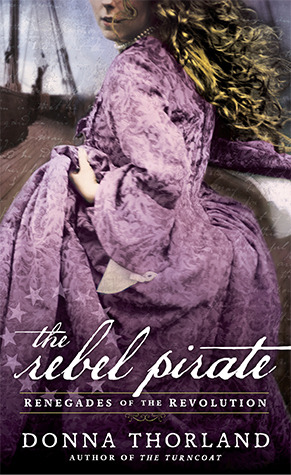 Please give our guest, Donna Thorland, a big My Book Addiction and More welcome……

What was your favorite scene to write and why?

DONNA: I loved writing the duel between Sparhawk and Trent at the Three Cranes in Charlestown. The structure began life as colonial governor John Winthrop’s house and later became a tavern. The original site of the building was discovered during the Big Dig and is now part of City Square Park. It’s an ongoing project for the City of Boston Archaeology Program, which has recovered an amazing range of objects from the site, including tea pots, china plates and firing glasses!

Sparhawk’s impoverished childhood meant he studied swordplay with an old fashioned Spaniard who taught him Destreza, the “true art of the sword.” That’s what Anthony Hopkins and Antonia Banderas are up to in Zorro with all the circles drawn on the floor. It’s an elegant, highly stylized form of combat, and it gave way in the 18th century to newer, and to my mind, decidedly more efficient, methods for killing people. Sparhawk’s opponent, Trent, has been schooled in a freer form and more modern style. The fight was a duel between characters but it was also a show down between schools of swordplay—double swashbuckling points. Sparhawk’s reverence for the mysterious circle, and Trent’s disdain for it, mined an age-old controversy, kept alive today largely by fight choreographers and a diminishing cadre of martial academics.

What was the most difficult scene to write?

DONNA: That was also the most difficult scene to write. I did a lot of research on 18th century schools of swordplay to choreograph the fight, but a great swashbuckling scene is about more than the thrusts and parries and swinging from chandeliers. It should reflect the conflict between the characters too. I’m lucky enough to know Kim Carrell, Shakespeare scholar and gifted stage combat choreographer, who is gracious enough to talk these fights out with me—and who has orchestrated all the swordplay in my trailers and Vine videos.

“Let Donna Thorland sweep you back to the American Revolution, into
a world of spies, suspense, skullduggery, and sex.”
—William Martin, New York Times Bestselling Author of Back Bay

1775, Boston Harbor. James Sparhawk, Master and Commander in the British Navy, knows trouble when he sees it. The ship he’s boarded is carrying ammunition and gold…into a country on the knife’s edge of war. Sparhawk’s duty is clear: confiscate the cargo, impound the vessel and seize the crew. But when one of the ship’s boys turns out to be a lovely girl, with a loaded pistol and dead-shot aim, Sparhawk finds himself held hostage aboard a Rebel privateer.

Sarah Ward never set out to break the law. Before Boston became a powder keg, she was poised to escape the stigma of being a notorious pirate’s daughter by wedding Micah Wild, one of Salem’s most successful merchants. Then a Patriot mob destroyed her fortune and Wild played her false by marrying her best friend and smuggling a chest of Rebel gold aboard her family’s ship.

Now branded a pirate herself, Sarah will do what she must to secure her family’s safety and her own future. Even if that means taking part in the cat and mouse game unfolding in Boston Harbor, the desperate naval fight between British and Rebel forces for the materiel of war—and pitting herself against James Sparhawk, the one man she cannot resist.

READERS GUIDE INCLUDED
—————————-
About the author…..
Graduating from Yale with a degree in Classics and Art History, Donna managed architecture and interpretation at the Peabody Essex Museum in Salem for several years. She then earned an MFA in film production from the USC School of Cinematic Arts. She has been a Disney/ABC Television Writing Fellow and a WGA Writer’s Access Project Honoree, and has written for the TV shows Cupid and Tron: Uprising. The director of several award-winning short films, her most recent project, The Night Caller, aired on WNET Channel 13. Her fiction has appeared in Alfred Hitchcock’s Mystery Magazine and Albedo One. She is married with one cat and divides her time between Los Angeles and Salem.
CONNECT & SOCIALIZE!!
Website: www.donnathorland.com
Facebook: https://www.facebook.com/BostonArchaeologyProgram
Twitter:
Goodreads: https://www.goodreads.com/author/show/6154476.Donna_Thorland
———————
Please stop by our sister site,
for “My Thoughts” on THE REBEL PIRATE by Donna Thorland!!

Thanks to Penguin Group we are offering 1 lucky commenter a chance to win a print copy of THE REBEL PIRATE by Donna Thorland. Sorry, open to US residents only!

Please help us spread the word.

Also, if you get the chance leave a few words for the author and connect with your favorite author. They love hearing from you and your thoughts on their titles.