Click here for more blog tour datesClick words below for Links to the book:
Amazon
Barnes and Noble
Smashwords (for ALL ereaders including your computer) 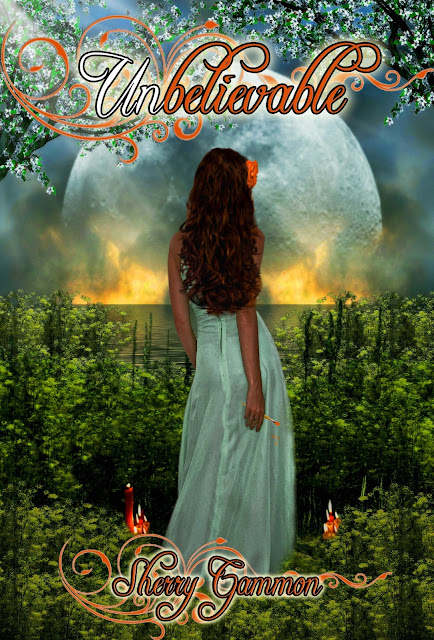 Deliah Lopez Dreser’s in town to take care of family business. They say the apple doesn’t fall far from the tree, but there’s more to Lilah than meets the eye. Cole’s in danger of losing his heart when this firestorm throws sparks his way. However, is she simply playing him for the fool in order to exact revenge for her brother’s murders?
Maggie and Seth’s reaction when the truth is revealed pushes friendship to the limit. And this time around it won’t be a Dreser causing an uproar in Port Fare. It will be Cole’s good friend Booker. But does Booker have it all wrong?  Usually not! 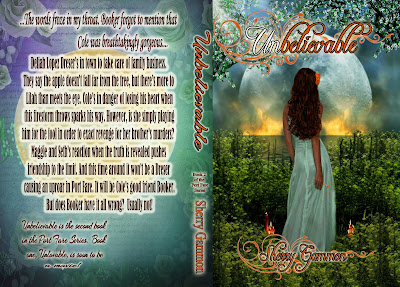 ONLY THREE entries are Mandatory, the rest are optional on the Rafflecopter!

Unlovable was Sherry’s debut novel and quickly rose to many top seller lists on Amazon. She is pleased to announce that Unlovable is currently being made into a movie. She has added three more novels to her body of work. Souls in Peril, the poignant story of Max Sanchez who is on a journey to help the struggling JD Miller survive high school, and Pete & Tink, a fun, light-hearted novella of a manga-loving geek and and five-and-a-half inch fairy. And UNBELIEVABLE, Book 2 in the Port Fare Series
Sherry and her husband, along with their children and a couple of crazy dogs, call Upstate New York home. It is where she spends her nights writing instead of sleeping {: 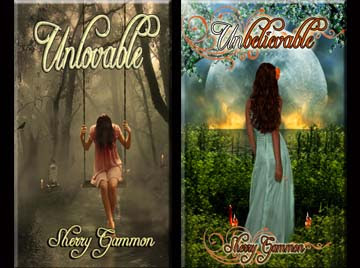 1. A Signed paperback copy of Unlovable and Unbelievable

2. An Ecopy of Unbelievable
3. A signed book wreath made from the pages of Unlovable 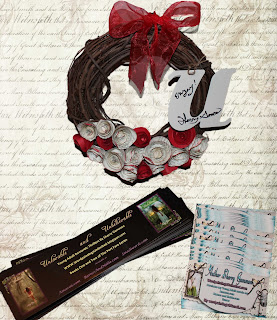 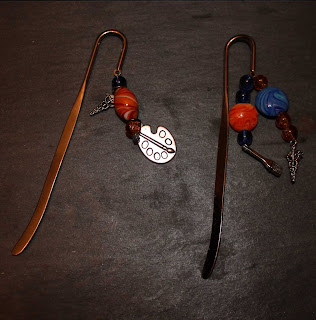 7. Ecopies of part one and two of Author Camelia Miron Skiba historical anthology.
I was here…Before You came and Born in Sin (due to be released in June) 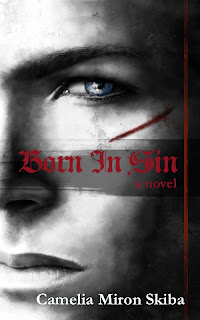 This is Lilah after she learns of Cole’s love of Shakespeare:

“I played Juliet in our high school’s version of the play,” I said.

“Maybe,” I grinned playfully. He had my number already.

Cole closed the book, got down on one knee and held a hand out to me. “‘But, soft! what light through yonder window breaks? / It is the east, and Juliet is the sun. / Arise, fair sun, and kill the envious moon, who is already sick and pale with grief.’”

He handed me back the book. “Here, test me. Open it to any page and repeat a line or two of a highlighted section. I’ll tell you the play, along with the act and scene it’s from.”

I took the book with a smirk. He wasn’t the only lover of Shakespeare in the room. My advantage? My well-versed knowledge of love quotes. I did a paper in eleventh grade on famous love quotes from Sir William’s works. I almost felt bad for what I was about to do to Cole. Almost.

I held up the book, and with longing in my eyes, I quoted, “‘Did my heart love till now.’” It was an easy one to start with in an effort to bolster his courage.

“Too easy. Romeo and Juliet. Act I, Scene 5.” He smiled confidently, folding his arms after waving me on.

I turned a couple of pages and tried again. “‘This bud of love by summer’s ripening breath, May prove a beauteous flower when next we meet.’”

“Okay, let’s pick a new play.” I scanned ahead and found another highlighted passage. Oh, yeah, perfect. I looked up at Cole. He was already rolling his eyes.

“What?” I said innocently.

“‘Who ever loved that loved not at first sight?’” I laughed as he buried his face in his hand.

Then because I couldn’t resist the irony, I quoted, “‘I pray you, do not fall in love with me/ For I am falser than vows made in wine.’”

“Same play, same scene. Lilah, humor me and pick something from a tragedy,” he said, exasperated.

“You’re not very romantic, Cole…” I turned to Macbeth, scanning through the pages until I spotted it. “Ready?”

“Is it from one of Shakespeare’s tragedies?” he pressed.

“Yes. This play is as gruesome as Sir William gets.” I grimaced. He signaled for me to continue. The guy liked this little game way too much.

“‘A heart to love, and in that heart, Courage, to make’s love known.’” I swallowed my grin as he tossed his head back and groaned.

“What? You said a tragedy, and Macbeth is definitely that.” I set the book carefully back in the box, knowing we were done playing his little game.

“Come on, Juliet. Let’s go down to the cafeteria and get something to drink.” Then he added before I could quip, because I was about to, “And no, not poison.”

“MY THOUGHTS” on “Unbelievable”!

We hope you have enjoyed our Blog Tour today!

4 Replies to “~UNBELIEVABLE~ BY SHERRY GAMMON WITH RAFFLECOPTER GIVEAWAY”