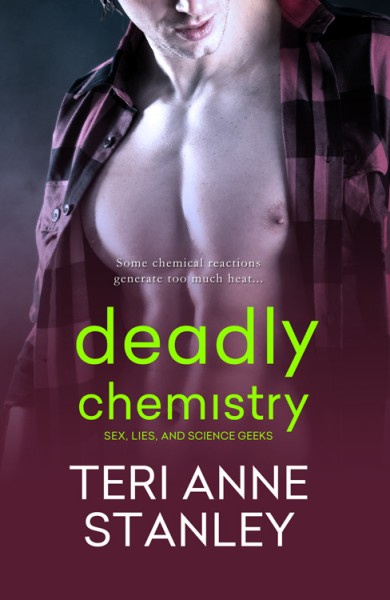 When my life is spinning out of control (which seems to happen fairly regularly), one of my coping mechanisms is to hide in a good book. As a younger woman, I never would have been caught dead reading the same book twice. I didn’t read so many romances as a younger woman—I was kind of a literature snob during the eighties—of course, then, romance was barely evolving out of the rapey bodice-ripping slut-shaming era, so maybe it’s understandable that I preferred reading Alice Walker and old, dead, Russian guys.

By the time I had a real job, got married, got a mortgage, and a few kids (i.e., Real Life), I was ready for a break from fancy stuff. I found a used book store, where I could trade my used paperbacks in for 1/4 cover price credit, and apply that to more books. Which I devoured.

And I found myself, when the going got tough, crawling back to a few books that I determined were as good as Macaroni and Cheese or Cherry Garcia for a bad day. The comfort read.

These are my top five (in no particular order):

Over The Edge, by Suzanne Brockmann

Hawken’s Heart, by Suzanne Brockmann (do you detect a trend?)

Top of Her Game, by Emma Holly

My, that’s quite the eclectic assortment, isn’t it? I’ve got romantic suspense, vampire romance, gay romance, kinky sex romance…what’s up with that?

I don’t know!  Other than being romances, I don’t know what the common thread is. Maybe when I read each one the first time I was in some sort of significant emotional place, and these books reached in and connected with that. All I know is that when I read one, I get out of my own head for a few hours and into a happy place. Or at least a less chaotic place. A place where the feelings are intense, and stuff always works out. Maybe these are the five best books in the universe—except I bet everyone reading this post has a different top five.

Tell me! What are your comfort reads? Do you know WHY they do it for you?

Thank you, Teri for stopping by today!

Me, my comfort read would have to be historical romance. I love historicasl, because they engross you into a era gone by. 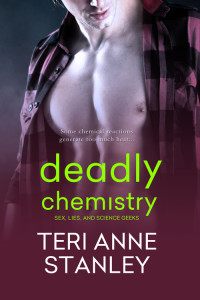 Author Bio:
Teri Anne Stanley has been writing since she could hold a crayon–though learning to read was a huge turning point in her growth as a writer. Teri’s first stories involved her favorite Saturday morning cartoon characters, followed by her favorite teen idols. She has also authored a recipe column (The Three Ingredient Gourmet), and scientific articles (Guess which was more interesting!). Now she writes fun, sexy romance filled with love, angst, and nekkid parts.
Teri’s career has included sex therapy for rats, making posing suits for female body builders, and helping amputee amphibians recover to their full potential. She currently supplements her writing income as a neuroscience research assistant. Along with a variety of teenagers and dogs, she and Mr. Stanley live just outside of Sugartit, which is—honest to God—between Beaverlick, and Rabbit Hash, Kentucky.

Book Synopsis:
Former undercover cop Mike Gibson has been lying low, working as a maintenance man to put his troubled younger brother through college. But when a beautiful scientist enlists Mike’s help to repair the damage done to her lab by a group of vandals, Mike finds that his, and his brother’s pasts, are about to be brought to light.
Laura Kane was happy having a secret crush on the hot maintenance man at Tucker University, but when the drug she was studying is stolen, Laura has a chance to get to know Mike in person. The problem is, he seems to know more about what’s going on than any maintenance man should. But then the drug turns up in the wrong hands, and Mike and Laura have to decide if their own chemistry will help, or hinder, the race to save innocent lives.

Tagline: Some chemical reactions generate too much heat…

Book featured at I Heart Reading

Book featured at Confessions of a Reader

Guest blogging at What is That Book About

Book featured at Sweeping Me

Book featured at Escape by Fiction

Guest blogging at In the Pages of a Good Book

Book featured at Romance For Every World

Book featured at My Devotional Thoughts

Book featured at Romantic Reads and Such

Book featured at The La La Land of Books

He was not for her. Nerdy scientist girls had to stay away from hot guys with big, muscle-y arms and white smiles. So why the heck couldn’t she stop looking back at the biology building?
She shook herself. What was wrong with her? She had to get out of here. She could lust after him from a distance. That would be fine. Safe. He could be her pretend lover. She turned the key and threw the car into gear. With one last glance over her shoulder toward her new imaginary boyfriend, she stomped her foot on the accelerator. And promptly shot backward over the curb, knocking over a trash can, which wound up wedged under the rear bumper.
“Gack!” She put the car in park and jumped out to survey the damage. Rounding the back end and seeing the trash can, she shrieked and stepped out of the way of a family of possums—a mom and three…teenagers? They tottered about, blinking in the bright morning sunshine.
“Whoa, careful!” Maintenance Man Mike was suddenly there, grabbing Lauren’s upper arms and shifting
her out of the way of the scraggly little things. “Are you okay?”
“I’m fine,” she said. “But the kids—I ran over their house!” One of the little ones clung to its mother’s fur, but two others careened blindly away from the scene of the home wrecking.
“I tell you what,” Mike said. “You pull your car forward, off the trash can, then we’ll see if we can’t help ’em out.”
“Okay.” Lauren’s heartbeat started to slow and beat a regular rhythm. Except where Mike had touched her arms. There, her skin seemed to be throbbing and tingling.
Sheesh.
She moved her car forward and off of the sidewalk, then went back to Mike and the possum. Fortunately, there were no other faculty members’ cars in the lot yet. What would she have told them? No, I wasn’t texting anddriving. I was mentally undressing a stranger.

Please, God…don’t let it be her drug they were talking about on the news. After Crawford left, Mike stopped fiddling with settings on the centrifuge. He straightened and turned to lean against a clean section of counter. Crossing his arms, he glared at Lauren.
“What?” She realized she’d crossed her arms, too, and stood with a hip cocked out. Defensive much? “Let’s have it.”
“You lied.”
“About what?”
“What’s missing. Those pellet things you showed me yesterday. They’re all gone.”
Damn.
“Yeah. You wanna start talking?” He uncrossed his arms and moved toward Lauren. He smelled of fabric softener again, like the day before. What single guy used fabric softener?
“Are you married?” Ugh. Did she really say that?
That slowed him down, though. “What? No. I live with my brother. I told you that last night.” He took another step into her personal space. “Why did you lie?”
Instead of feeling intimidated, she found herself uncrossing her arms and putting her hands behind her to
hold on to the ledge. “How’s the cat doing?”
“Howled all night. Dylan threatened to poison it.”
“Dylan did? But he’s such an animal lover!”
“Shows you how much of a head case that cat is.” He pinned her in place with that dark stare. “Why did you lie?”
He was so close that she could feel his heat. How much closer was he going to get? When she took a deep breath, her breasts brushed his chest. Which caused her to take another deep breath. Not
on purpose, of course. His eyes heated. She could smell coffee now. She licked her lips, and his nostrils flared. He bent his head closer. She needed to answer his question, but what should she say? If she didn’t answer, would he…what, kiss it out of her? He should work for the CIA. Or the FBI.

As part of the Threaten to Kiss Information From Witnesses Unit. —

DEADLY CHEMISTRY @teriannestanley http://bit.ly/DeadlyChemistryEP
“He went to see a pig about a horse.”
When Mike laughed, Lauren’s heart did one of those little fluttery things she was getting used to feeling when he was around. She loved to see him laugh, she realized with a start. This wasn’t a giant gut-grabbing guffaw, but a headtilting bark of laughter. It turned his throat—and that little
shadowy area under his jaw—into somewhere she wanted to lick.
“You know what?” he said. “I actually believe you.” He stood there for a second, smiling at her. Lauren smiled back. Oh boy. She liked him. Like, liked him. If her best friend had been there, she’d have slipped her a note to pass to Mike, asking if he liked her back. Check yes or no.
Then what he had said sunk in and she said, “Wait—why wouldn’t you believe me?”
“Well…”
She waved the question away. “So what brings you here on a Saturday?”
“I’m on call. I got a call, so I came in to fix a leaky sink… and to check up on Dylan. And find out if you’ve heard an update from Crawford.”
Lauren hesitated a minute, then said, “I think it’s time for you to tell me your story. There’s some kind of…something swimming below the surface here.”
Mike’s gaze narrowed on her mouth. She licked her lips, but then said, “Oh, no, you’re not
going to distract me. Spill it.”
He raised an eyebrow, and she realized she’d revealed too much—that she was aware of him, of how much he appealed to her. He smirked, then chewed on his bottom lip, as though trying to decide how much to tell her.

Visit our sister site for My Thoughts, coming soon!

Amy Evans is a wife, mother, ocean lover and storyteller. She’s created multi-platform mobile apps, social media games, and interactive story worlds for HIPnTASTY, a company she co-founded in 2001. She serves an Advisor to Immersedition and a host of the NAlitchat on Twitter. She loves dolphins, aliens and pugs, and sometimes writes for so long they all look like the same thing. Clicks is her debut novel.