Brutally dispossessed during the Highland Clearances, Tam Sutherland comes to the hiring fair at Oban, Scotland hoping to find a job for the season. But his maimed right hand, inflicted by the same cruel factor responsible for his parents’ deaths, means he’s one of few men available when the beautiful woman makes her surprising announcement: she’s looking not for a hand but a husband, not just for the season but forever.
Annie MacCallum is under threat from a brutal factor also, back at her home farm—one who preys on unmarried women. If she’s to protect all those who rely on her, including her beloved animals, she must have a husband, if only in name. Secretly glad when the attractive Tam takes up her proposition, she doesn’t realize she’s dragging him into a situation that will trigger old demons. Nor does she expect to give him her heart.

In a low tone he asked, “This marriage you ha’ in mind, will it be legal wi’ no banns being read?”
“Father Alban is an old friend of my uncle, and I ha’ spoken to him of this. He will accommodate me.”
“Aye, and what will your uncle think o’ this scheme of yours?”
“Very little, I imagine. He is dead.”
Sutherland contemplated that without comment.
St. Lyon’s church loomed ahead, appearing all at once out of the swirling snow. Annie turned to Jockie.
“You lead Old Rake round back and join us inside where you can get warm, eh?”
Jockie nodded and clattered off.
Annie turned to Sutherland and looked into his face, only to be struck again by how handsome he looked. But that had naught to do with anything, and she could not let it sway her good sense, not when she’d come so far.
“Before we go inside, I want to be sure I ha’ your understanding. This is no’ an ordinary marriage but something more in the manner of a hiring, which is why I came to the fair in the first place.”
He inclined his shaggy head toward her slightly. “A hiring wi’out wages. That is against the law, you do ken.”
She swept him with her gaze. “And are you a man to adhere to arbitrary laws? I confess, I did no’ get that impression.”
“And,” he returned, “are you a woman who needs to hire a husband?” He echoed her. “I confess, I did no’ get that impression.” He returned her stare, slow and attentive. “You are certainly bonnie enough to snare a husband the usual way.”
To her surprise, Annie felt a wave of heat course through her. “I do no’ want a usual kind o’ husband. I want one who will tak’ my orders and stay clear o’ my bed. Be sure you are that man before we go inside and speak these vows.”
One of Sutherland’s eyebrows quirked up. “I was right at the outset; you are mad.”
“So we ha’ already determined,” Annie agreed, beginning to grow edgy again. What if he refused at this late moment? Where would she find a substitute, with the market now deserted and the snow falling? Besides, she discovered she did not want a substitute; for reasons she did not quite understand, she wanted this man and no other.
“There is a story behind this,” he said mildly. “I confess, I would like to hear it.”
“Perhaps you shall, but not now—there is no time.” Annie drew a breath and sought to deny the fear rising inside her, the fear that he might walk away from her after all.
But that curious smile crossed his lips again.
“Are you coming wi’ me?” she pressed.
“It seems a damned clever way to secure the services of a farm worker whilst paying no wages,” he said. “But aye, for all that, I will come along wi’ you.” 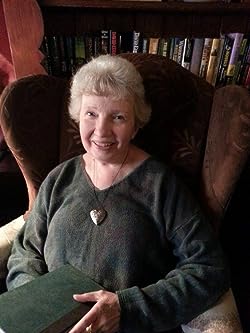 Born in Buffalo and raised on the Niagara Frontier, Laura Strickland has been an avid reader and writer since childhood. To her the spunky, tenacious, undefeatable ethnic mix that is Buffalo spells the perfect setting for a little Steampunk, so she created her own Victorian world there. She knows the people of Buffalo are stronger, tougher and smarter than those who haven’t survived the muggy summers and blizzard blasts found on the shores of the mighty Niagara. Tough enough to survive a squad of automatons? Well, just maybe.

a Rafflecopter giveaway
Hosted by:

MoB Promotions
*****
MY THOUGHTS:
The Hiring Fair by Laura Strictland is a captivating and mesmerizing Scottish Romance set in 1810 Oban, Scotland during a time of the Highland Clearances. (Help Wanted Series).

The characters are flawed, but engaging and captivating. The storyline is unique, intriguing and utterly fascinating. A twist on the usual male looking for a wife. This one is a woman looking for a husband who will be a handiman, only.

In “The Hiring Fair”, Annie MacCallum, a healer, with a special, but dangerous “gift”, goes on Market Day seeking a husband. Enter, Tam Sutherland, a misplaced Highlander of the Clearances, who has suffered the brutality of the Clearances, where his hand was severely damaged and gnarled. Tam is hired to be her husband, but only as her handiman, Anna’s not seeking a husband in the true sense of the word, but they are quickly married. However,things definitely change between them, when hearts get involved.

Ned Randleigh, the evil factor, acting on behalf of the Laird, or so it’s believed. The Laird who is every sick and in Edinburgh, unaware of what’s happening in his absence.

Anna is being plagued by the vicious Ned, who takes advantage of the unmarried women of the village with brutality and cruelty. Which, is why Anna seeks a husband, hoping to dissuade Ned’s advances.

Ned Randleigh, the evil factor, acting on behalf of the Laird, or so it’s believed. Ned is determined to have Anna at all cost. If he can’t have her in his bed, he is willing to destroy those she holds dearest, including having her declared a”witch”, to have her in his bed and under his control. Will he kill her new husband, and destroy all she holds dear? Or can he be stopped before he destroys Tam, Anna and a way of life?

Fast paced, complex, emotionally charged, with brutality, sacrifice, vengeance, passion, a menagerie of wounded souls, both humans and animals, and the magic of faith, trust and love. Many twists and turns takes the reader on an emotional thrill ride, throughout. I was in tears, and my angst for these Highlanders was intense, I could not imagine what these women, especially, went though. Your heart will bleed for them, the horrors they faced, as well as their familes, the angst they must have faced, all due to the evils of one man, Ned, the factor.

“The Hiring Fair” is an awesome read! I enjoy Ms. Strictland’s stories, but, have to said, this was one of her best yet, to me. But, then I enjoy Highland stories, the magic of love and trust. Tissues needed! All I can say is WOW! Powerful storytelling, Ms. Markland! This was not your everyday, Scottish Romance.
Fans of Scottish Romance with a twist, the Highland Clearances, myths, and the magic of faith, are sure to enjoy “The Hiring Fair”. What a unique and mesmerizing tale! Strongly recommended!
Received for an honest review. However, all opinions, insights and thoughts are my own personal opinions.