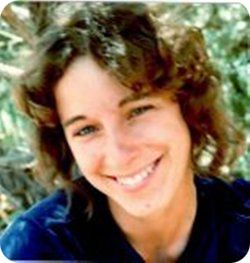 About the Author
Charlene Whitman spent many years living on Colorado’s Front Range. She grew up riding and raising horses, and loves to read, write, and hike the mountains. She attended Colorado State University in Fort Collins as an English major. She has two daughters and is married to George “Dix” Whitman, her love of thirty years. Colorado Hope is the second sweet Historical Western Romance novel in her Front Range series. 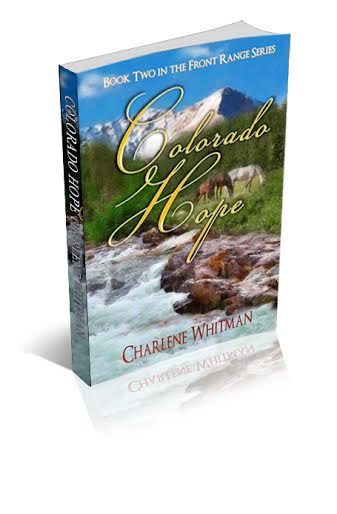 1875 ~ Beset by a sudden spring storm on the Front Range, newlywed Grace Cunningham watches in horror as her husband, Monty, is swept downriver. Pregnant and despairing, she stumbles into Fort Collins and tries to make a life for herself, praying that one day the man she loves will walk into town and back into her life.

A year after Grace’s tragic loss, Monty enters the dress shop where she works—with a beautiful woman on his arm. Shocked that he has no recollection of her, Grace is determined to win back his heart. Somehow she must help him regain his memories and his buried love for her—and not just for her sake but for the sake of their infant son, Ben.

Monty, miserable in his marriage to a woman he hardly knows, is inexplicably drawn to Grace. Every time he’s near her, memories surface, but they are hazy and troubling. He’s torn between his vows and the desires of his heart, for he cannot stay away from Grace.

Grace’s hope is sparked when Monty starts recalling glimpses of his past. But when murderous outlaws come to town, she is thrust into grave danger. Monty risks his life to rescue her, only to face even greater perils in the treacherous mountains. Can she truly hang on to hope when she is about to lose all she loves?

A fierce wind whipped Grace Ann Cunningham’s hair, yanking at the long strands and pulling them free from their pins. She squinted through the haze of the blustery day and stroked her bulging belly, trying to comfort her baby, who seemed just as agitated by the sudden storm.

Her back ached from sitting on the hard buckboard bench all these miles—much less comfortable than the plush sleeper car they’d enjoyed last week on the train from Illinois to Cheyenne.

She frowned at the dark roiling clouds that had moved in and quickly blotted out the sun.

What had been a pleasant uneventful morning was now turning into an ominous and unsettling afternoon on the open prairie.

Grace sucked in a breath as the baby again kicked her ribs in protest. Her sweet husband’s sun-browned face tightened in concern as he caught her gesture. He pulled on the reins of the two draft horses—sturdy ones they’d bought yesterday in Cheyenne. Surefooted, the seller had told them. And Monty knew his horses, so she trusted his purchase and assurance that they’d
haul them without incident to Fort Collins. But looking at her husband’s face now, seeing the subtle telltale signs indicating that he hadn’t expected this squall nor felt at ease about it, gave her pause. And her normally talkative husband had been too quiet this last hour, eyeing the sky and listening to the roar of the nearby river, as if hearing their complaints and trying to suss out
nature’s intentions.

“The baby all right, darlin’?” He scooted over on the buckboard seat to look her over, then took her hands in his.

Warmth from his gentle grip comforted her, but not as much as the love streaming from his adoring gaze.

“I think so,” she told him, then smiled as he laid his hand firmly on her belly.

Grace thanked the Lord in a silent prayer for this wonderful man who’d married her in a simple ceremony last September. All those years she’d lived with her doting aunt Eloisa in the boardinghouse back in Bloomington, she never imagined she’d be blessed with such happiness.

When Montgomery Cunningham had first stepped into the parlor to take a room before starting college at Wesleyan University, she’d been a shy, giggling girl of ten. Neither of them foresawthe love that would spark six years later when he showed up again unexpectedly, about to head west to explore and survey lands unknown.

Monty closed his eyes, his hand still on the baby in her womb. She imagined him communing with their baby, speaking to it the way he spoke to rivers, to trees, to the land he traversed by boat and on horseback and on foot. Something had happened to him when he returned from the Hayden Yellowstone Expedition. He had changed from boy to man, yes—but it was more than that. He had fallen in love with the West, and with rivers in particular. Although he’d studied geology in college with John Powell, water captured his heart, and he sought out trips that had him navigating whitewater. Nothing made his eyes sparkle more than talking about the way water moved and sang as it cascaded and carved the face of mountains and spilled into waiting valleys. Well, except the way he looked at her.

Monty may have loved rivers, but Grace knew he loved her more. So much more, for he gladly gave up his exploring to settle down and marry and start a family. Although, Grace thought moving to the new town of Fort Collins, Colorado, was adventure enough. She hoped he’d come to see it that way as well and not be into the wild.

COLORADO HOPE by Charlene Whitman is an exciting Historical Western Romance. #2 in “Front Range” series, but can be read as a stand alone, set in 1875, Fort Collins, Colorado. See, “Colorado Promise”.

Grace Cunningham, suddenly finds herself alone, and pregnant after watching her beloved husband,  Montgomery Cunningham, swept away in a flash flood. A year later, enter Monty walks into Fort Collins, with another woman on his arm. A beautiful woman named Stella, at that, who claims to be his fiance.   Grace is determined to help Monty find his lost memories of their time together, and their love, not just for herself, but for their infant son, Ben, as well.

Filled with loss, grief, outlaws, dangers, mystery, suspense, challenges of the wild Colorado territory, and a journey of love. “Colorado Hope” is a heart- wrenching tale of love and loss. But it is also heart warming, where love is put to the test, danger lurks around the bend and the characters are faced with challenges everyday. Can love re-surface, after a year? Please, pick up “COLORADO HOPE” to find out how Grace and Monty, and their infant son, Ben, come to grips with the life they once had, the dangers that lurks and challenges they face.   A sweet Western Historical Romance, which is fast paced and drama filled with danger and challenges. Well done! I can’t wait to read the next installment.