Pump Up Your Book is pleased to bring you Mathieu Cailler’s LOSS ANGELES virtual book tour May 4-29! 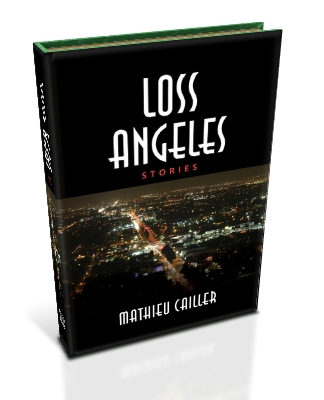 Set in the glamorous city of Los Angeles, California, LOSS ANGELES skips the shine and celebrity the city is known for and instead dives deeply into the lives of ordinary Angelenos. In each of the fifteen stories in this collection, author Mathieu Cailler examines the private lives of a diverse mix of characters. This collection of stories showcases the rawness of real life, the complexity of navigating personal challenges and internal conflicts, and the ever present possibility of encountering unexpected compassion and empathy.

The stories in LOSS ANGELES uncover the reality that the interiors of people’s lives often have huge holes in them. In the collection, a quiet divorced man, who is still deeply in love with his ex-wife, finally speaks up when his son’s soon-to-be stepfather becomes enraged over a broken birthday gift. A young man visiting his parents for the first time in nine years delays his presence at his family’s Thanksgiving dinner to see an old friend who was influential in his early life. Cailler also goes beyond loss and grief to reveal hidden human kindness in the stories of a widower, who steps out of his melancholy to save the life of a stranger, and an aging bachelor, who becomes a father figure for a wayward young woman.

In “Over the Bridge,” Ella is a teenager learning to manage her grief over the death of her mother and the new life she and her seven-year-old brother have with their father, with whom the children have not lived with since their parents’ divorce. While Ella is receiving weekly counseling at school, she continues to struggle with the changes in her life. When the counselor instructs Ella to write a letter to her father explaining the uncertainty and distance she feels in regard to her relationship with him, Ella complies and writes with the type of honesty that one allows when there is no plan to share what is written. But when Ella finds herself in a frightening situation with a boy at a party after consuming drugs and alcohol, the letter becomes the catalyst for a change in perspective for her father.

“Hit and Stay” is the story of a young married man making the long drive home from an out-of-town business trip. Penn is troubled as he drives his SUV through back roads to avoid the highway traffic. The quiet drive in the warm cocoon of the truck affords Penn the opportunity to reflect on the one-night stand he had with a new employee. As he contemplates how or if he will confess his mistake to his wife, Kimberly, Penn reviews his life with the woman he was once passionately in love with who has grown distant since the death of her mother. During the drive, Penn has an unfortunate accident that breaks the delicate hold he has on his volatile emotional state.

The conflict between familial violence and love is the foundation of “Dark Timber.” Clevie and his older brother, Roy, reluctantly accompany their father on a hunting expedition. Their father, an alcoholic recently released from prison after serving time for beating the boys’ mother, is determined to teach his sons how to hunt for their own food.

The relationship between father and sons is strained. Roy has personal experience with his father’s violent temper, but young Clevie remains hopeful that life with their father will improve. Neither boy is interested in hunting. Clevie is the most reluctant to fire on innocent animals. However, when their father comes face-to-face with a menacing predator, both boys instinctively respond to his pleas for help.

“LOSS ANGELES is a throwback to eclectic short story collections of past years and is only bound by the theme of loss in a very general sense,” Cailler says. “The stories are by turns fragile, tender, and always memorable. The characters in this book are as diverse as the city itself… they all have a story to share, and it was my job to do just that. I don’t believe in being predestined while writing; therefore, some of the stories end with a bit of hope while others reach their coda in a disconcerting fashion.”

Exposing emotions was Cailler’s focus when writing the collection. “I want the reader to relate to the feelings and sentiments expressed in the book. I think loss is the greatest bond we possess as humans, and there isn’t a single person around who hasn’t experienced it. We’ve all lost something dear to us, something profound,” the author says. “I think if a reader comes away from LOSS ANGELES feeling more connected to others and/or him or herself, I’ll have done my job. Whenever I write, I think of Plato’s words: ‘Be kind, for everyone you meet is fighting a harder battle.’ That’s something that I hope will resonate with the reader.” 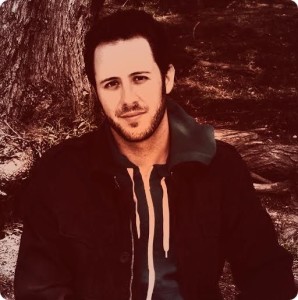 Mathieu Cailler is a writer of prose and poetry. His work has been widely published in national and international literary journals. Before becoming a full-time writer, Cailler was an elementary school teacher in inner-city Los Angeles. “I came to writing in a rather circuitous way. I always penned jokes for stand-up comedy appearances but later realized it wasn’t just comedy that applealed to me, but all writing.” A graduate of Vermont College of Fine Arts, Cailler was awarded the Short Story America Prize for Short Fiction and a Shakespeare Award for Poetry. His chapbook, Clotheslines, was recently published by Red Bird Press. LOSS ANGELES is Cailler’s first full-length book.

LOSS ANGELES by Mathieu Cailler is an interesting collection of short stories. It is set in or around Los Angeles, California. It is about the lives of the ordinary Angelenos. There are fifteen stories, which looks at the private lives of a diverse cast of characters, with  diverse challenges, violence, tragedy,grief, loss, conflict, compassion, empathy and love. REALITY, people, flaws and all!

Very realistic stories with very realistic feeling characters. Fifteen stories of the complexities of life and the circumstances that follow. Well written, with a transverse and complex cast of characters. The storyline is unique in and of itself. An interesting and unique collection. Well worth the time to read. Each story is a quick read, and not collected to each other, so it is easy to put down and come back to over and over.

The author shows us all that life is complex, can be difficult, has hardships, challenges, and that we all need compassion and empathy. Very compelling. A treasure to be sure!

Heat rating: From Sweet to Mild

Reviewed by: Aprilr, courtesy of My Book Addiction and More