Marnie hates having her picture taken; thus she looks like a deer in the headlights in most photos.When she’s not hiding from the camera, she’s cooking keto meals for her law enforcement officer husband and three kids, or scaling the mountain of laundry her family continually creates.

Basically, she’s a regular trapped-at-home mom, except she’s got other people living in her head, demanding she let them out and tell their stories. This is where her enjoyment of the snarky, sarcastic ’50’s housewife memes began; she only wishes she could be so glamorous when acting as a slave to her home.

Marnie enjoys lonely walks on the RI beaches (when she can get to them–it’s a Rhode Island thing), gardening (but not weeding) and coffee. Lots and lots (and lots!) of coffee. 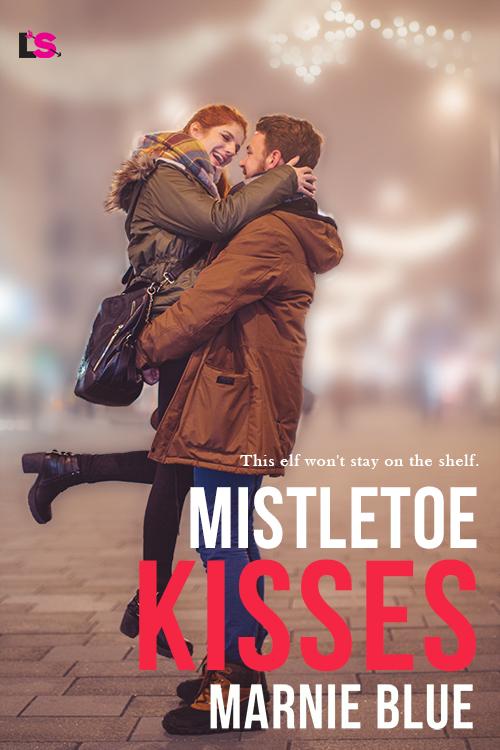 For Officer Justin Weaver, Christmas is the most hideous time of the year. To improve his “holiday cheer,” he’s been put on Officer Kringle duty, collecting toys for the Ho-Ho-Patrol.

It’s a week in holiday hell.

Worse, it comes with an elf—his little sister’s gorgeous best friend—but Lilly Maddox isn’t so little anymore. And as an annoyingly festive reporter looking to make her mark, she’s there to document his every move.

Justin’s always had a thing for Lilly, but he refuses to go there with her. Ever. Not after watching what his mom went through as a cop’s wife. But now that they’re trapped in his squad car, avoiding her just got a lot more complicated…