Jess has been making up stories ever since she can remember. Though her messy handwriting made it hard for anyone else to read them, she wasn’t deterred and now she gets to make up stories for a living. She loves loud music, a good book on a rainy day, and probably spends too much time watching too many TV shows. Jess lives in regional Victoria, Australia, with her very supportive husband, three daughters, one hyper-active border collie dog, one bunny with anger management issues, and one cat who thinks he’s one of the kids. 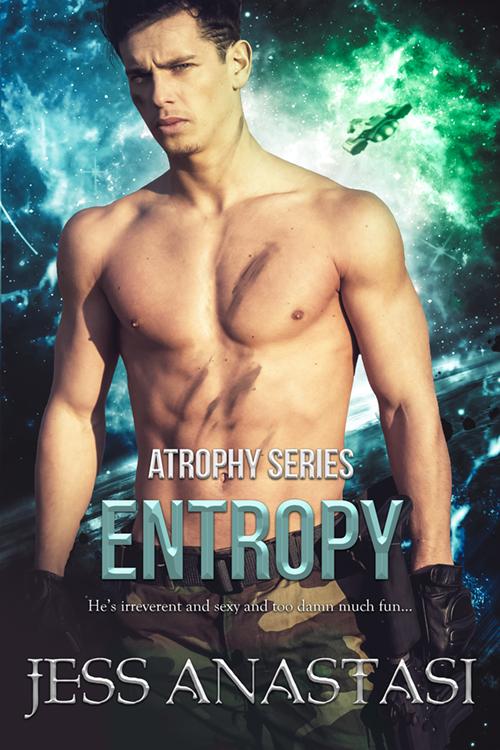 Captain Qaelan Forster is used to trouble. He lives on the wrong side of the law and he’s on the most-wanted lists. He’s mixed up in his cousin’s mess who has problems on a cosmic level—like shape-shifting aliens who want them dead. But Qaelan’s not prepared for the cheeky kind of trouble called Camille Blackstone, whose infamous father has any man interested in his daughter executed.
After Camille drags Qaelan into an impulsive act of rebellion, she finds herself trying to defend the sexy captain from her overprotective father’s wrath, even if she has to handcuff herself to the captain to keep him alive. However, it soon becomes apparent there are much more dangerous things lurking in the dark corners of the universe than a vengeful pirate lord. And she’s just landed in the middle of it.
Purchase: Amazon | Barnes & Noble | iBooks | Kobo

As Qae lifted his drink to take another mouthful, the door opened and a woman walked in. Not just any woman. This one was a crowd-stopper. Literally. The bar fell almost completely silent as she paused just inside the doors. She swept a confident gaze around the bar like she owned the place, and he suddenly got the feeling his luck was about to change. Okay, so maybe that feeling was a kind of warm, tingly one starting somewhere south of his weapon’s belt and radiating outward. But never let it be said he didn’t go for what he wanted, no matter the odds. The crowd parted for her as she walked forward, giving him a better glimpse of her leanly muscled figure, all sleek and moving deadly like a panther. She came across as lethal and feminine in the same breath, something he couldn’t ever ignore.

Half of her straight, black hair was swept carelessly up, braided and clipped back, the rest falling to the middle of her back. It was a little tousled from the wind, but sexy, making him want to grab a fistful of it while he kissed the hell out of her. He couldn’t quite make out the color of her eyes from here, but they looked like they might be some shade of blue.

“Put your tongue back in your head before you lose it.”

Qae swiveled on his barstool to see Wyl sending him a warning glare that held a hint of exasperation. Qae knew Wyl’s cautioning didn’t stem from jealousy or anything. They’d both enjoyed that night together a few months ago, but in the same instance, neither of them had been looking for anything more.

“She spoken for? Got some hulking, psychotic boyfriend who’ll cut it out for me if he catches me looking?”

“More like she’ll cut it out herself.” Wyl sliced a glance at where she slid onto a stool at the opposite end of the bar and motioned to him. He nodded to acknowledge her then returned his attention to refilling Qae’s drink. “I’ve known her since she was twelve. I might have only been ten, but even then, a smart guy wouldn’t mess with her. They call her Lilith, but it’s not her real name.”

Wyl braced a hand on the bar and leaned forward. “You know, the demon princess of hell? You didn’t notice how pretty much everyone in the bar got looking busy real fast when she walked in?”

Instead of turning him off, his interest was caught like small meteors going into a ship’s engine. It was a wonder he didn’t know who she was, since everyone else seemed to, and he’d been on the Belt a year now. But maybe it was one of those ships-passing-in-the-dark thing where he happened to be off-world whenever she was around and vice versa. He couldn’t help slipping a covert look along the bar to where she was tapping something into the commpad in her hand. Wyl made an incredulous noise. “Seriously, that made you more interested? You’re one twisted bastard, Forster.”