Thanks for having me as a guest. My writing journey began over twenty-five years ago when I walked into a class to learn about short stories. The late Henrietta Blake stood and asked me if I knew what a short story was. Little did I know where that simple question would lead me, sitting here writing about my fourth novel,Lion’s Head Deception.

Writing has been the way to put my imagination to work. If curiosity and imagination can be inherited I’m thankful for two parents who encouraged both. But I want to recognize the one who influenced me the most, my grandfather.

I grew up listening to him, an Ozark Mountain story teller, spinning tales of the caves on his farm, describing them as hiding places once used by Jesse & Frank James’ gang. It didn’t matter if the stories were true or not. Those legends set fire to my imagination, creating images that emerged slowly over the years, and finally igniting as my short stories and novels.

It all culminates in the release of Lion’s Head Deception, a dystopian novel that was influenced by conversations we are having today about privacy, surveillance, and security.

In the United States our individual right to privacy is held to be sacrosanct. We expect to be free from searches without a warrant and free from arrest without cause. Since the event of 9/11 there has been a sharp increase in the fear that our expectation of privacy has eroded. That fear is both imagined and, judging by some of today’s news and events, very real.

The theme of Lion’s Head Deception taps into our contemporary conversation as we try to balance our post 9/11 desire for safety with excessive surveillance and social regulation.

I hope you will find his story challenging, and the read enjoyable. There’s a twist to the old riddle, “if a tree falls in the forest and no one is around to hear it, does it make a sound?” My version is, “if words hide between the covers and no one reads them…” Well, you get my idea.

That’s my way of acknowledging how important readers are. I hope you will read Lion’s Head Deception, and when you do, please send me a note letting me know what you think.

Thank you again for spending time with us and our readers!! 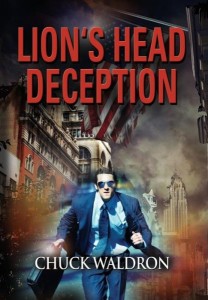 In the prologue, the backdrop for Lion’s Head Deception is set, amongst rioting and unrest in a destabilized city.

Matt Tremain is a shy, private person who discovers a passion for writing blogs—a mission that propels him into investigative reporting. A tipster warns him of a diabolical scheme Matt simply can’t ignore. After the tipster is killed, Matt honors his memory by going forward to investigate the truth behind the conspiracy. He meets a television reporter and a cameraman also investigating the intrigue. Are they potential partners or rivals? A detective offers his assistance, but Matt is unsure of his true motivation. He is equally unsure of the allegiance of those in the top administration of police services. Matt Tremain and his friends are forced to go on the run, evading the newly-formed security teams. They must expose the truth before they are discovered, arrested and perhaps exterminated themselves…

The reader is introduced to Matt Tremain when a test message warns him of impending arrest. The first part of the novel provides an understanding of how he learns about a conspiracy, and the person behind it. A television journalist is investigating the same treachery. Will they be able to join forces? The end of part one introduces a police detective. Will he be friend or foe?

Part two takes place at a private retreat. The antagonist, the scheme’s architect, unveils the complete details of his plan and gets the backing of his three co-conspirators. The location is the Bruce Peninsula in Ontario. It takes place at Lion’s Head and gives the novel the working name.

In an action-packed run to the finish line, will Matt and his partners be able to face the challenges it will take to expose the lies and treachery behind Operation CleanSweep? 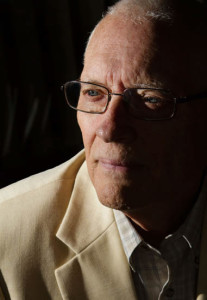 Chuck Waldron’s latest novel, Lion’s Head Deception, is a dystopian story about an investigative blogger who uncovers more than he ever imagines…and has no idea what to do with his discovery.

An investigative blogger uncovers a sinister conspiracy, a billionaire’s plan backed by select government officials, designed to exterminate citizens who do not live up to a predetermined screening matrix; under the guise of rioting and a destabilized city, the plan is implemented and the blogger fights not only to discover and reveal the truth, but to survive.

“I grew up,” Chuck said, “listening to my grandfather, an Ozark Mountain story teller, spinning tales of the caves on his farm, describing them as hiding places once used by the Jesse & Frank James’ gang. It didn’t matter if the stories were true or not. Those legends set fire to my imagination, creating images that emerged slowly over the years, finally igniting as my short stories and novels.”

Now, thirty-plus short stories and three novels later, ideas keep coming, with more novels under development. Do they share anything in common? Each has its own unique voice and tale to tell, yet, at their heart, his stories tell about the human condition – the good, the bad and the ugly.

As Chuck tells it, “stored images that echo in my writing include train whistles in the night, Norman Rockwell childhood scenes, U.S. Army memories, blue collar jobs, university, a professional career, and finally retirement. Many of my images are drawn from this pool of memories: places visited, sights seen, and people met. The rest I fill in with my imagination: dreams of places yet to be visited, sights yet to be seen, and people yet to meet.”

His literary roots were planted in the American Midwest and thrived when transplanted to the rich, cultural soil of Ontario. He and his wife, Suzanne, are now warmed by the sun on Florida’s Treasure Coast. 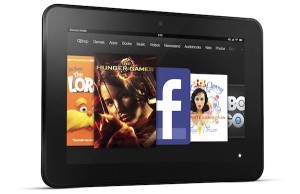 Pump Up Your Book and Chuck Waldron are giving a Kindle Fire HD!

Happy reading!! Please spread the word,if you get the chance!