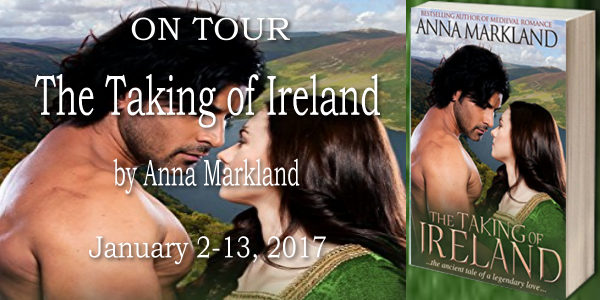 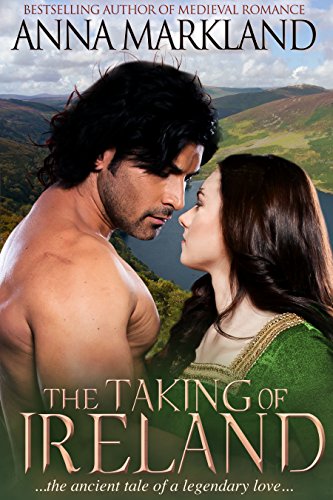 Long ago, in a time of myth, a prince sailed from Galicia to Inisfail seeking revenge for the murder of his uncle by the High King…Sibrán expects to encounter an opposing army but instead is greeted by a beautiful woman who appears to be accompanied only by her faithful wolfhound. Aislinn bids him welcome, but he suspects she is a sorceress sent to kill him by the very king he plans to slay.

As they journey to the Fort of Kings, events prove that Aislinn does indeed possess powers beyond those of an ordinary human, yet he cannot deny he is inexorably drawn to her. He believes Destiny has brought him to Inisfail, but can he persuade Aislinn that she too is destined to play a role in the establishment of a new kingdom? Or will she remain forever the slave of the tyrant Moqorr who claims to be King of the Otherworld as well as Inisfail?

Perhaps they are all under the evil king’s spell. 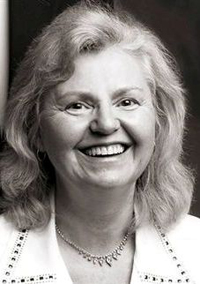 I’m a Canadian author with a keen interest in genealogy. I write medieval romance about family honour, ancestry, and roots. My novels are intimate love stories full of passion and adventure.Passion conquers whatever obstacles a hostile medieval world can throw in its path. My page-turning adventures have earned me a place on Amazon’s All-Star list.

Besides writing, I have two addictions-crosswords and genealogy, probably the reason I love research. I am a fool for cats. My husband is an entrepreneur who is fond of boasting he’s never had a job.

I live on Canada’s scenic west coast now, but I was born and raised in the UK and I love breathing life into the history of my homeland.

Well written, with enticing characters and a unique storyline set against a Medevial Ireland background. While, at first it took me a bit to adjust to the names, which didn’t take me long, it was a captivating tale of good vs evil, myths, legends, magic, the otherworld, ancient Ireland, destiny, passion, vengeance, and love. Will Sibrán and Aislinn be able to defeat Moqorr and find their HEA, save the people of the Fort of Kings or lose all to their fate?
A powerful and captivating look into the Ancient World of Ireland, their fascinating myths and legends and the struggles faced even in ancient times. I enjoyed the H/H, their passion for people, and their desire to find an answer to their delimmas.
Anna Markland has once again proven herself a masterful storyteller and she never disappoints her readers with her power to intrigue and captivate her readers. I enjoyed “The Taking of Ireland” and look forward to the next adventure. A great read for fans of Irish legends, myths, magic and the promise of life and love. Another enjoyable read by Anna Markland! I strongly recommend reading “The Taking of Ireland”.