WE ARE PLEASED TO BE A PART OF….

~A NOTHING NAMED SILAS~

A Nothing Named Silas

In the not-so-distant future, workers are forcibly drafted into their fields, and the Labor party chooses Silas. Because he’s new, strong, and trained for Command, everyone wants to use him for their own purposes. But when a strange girl shows him that he can choose his own destiny, Silas must make his first real decision—which side he will fight for. 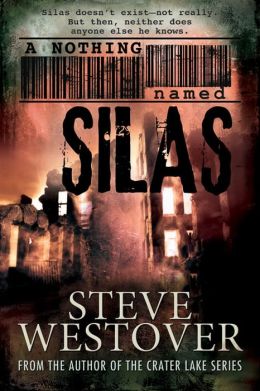 Here is a brief description of the book:

You are here because the Citizens put you here to serve them and because the Regents choose to control your lives.

In the not-so-distant future, workers are forcibly drafted into their fields. With all their choices made for them, the workers must do what they’re told or face severe consequences. When Labor chooses Silas, the tyrannical Labor Regent is determined to make him a public example of her complete control. He is humiliated, manipulated, and isolated during his first week under the Shield, and the people who show him kindness only help him because they have ulterior motives.

But the Regent is not the only one pulling Silas’s strings. The mysterious Gideon wants to mold him into a hero, a champion of the oppressed people. And a strange girl seems to be guiding him to find out more about the Citizens they serve. Through it all, no one bothers to ask Silas what he wants to do. Because, after all, he doesn’t have any rights. He doesn’t really exist.

Wade through twisted government conspiracies and deeply buried secrets alongside Silas as he learns to choose for himself—and discovers the cost of freedom.

Steve Westover lives in a small Midwestern town with his wife and four kids. He graduated from Brigham Young University with a BA in Political Science and currently works in banking.

Thanks everyone for stopping by today!