The ninth book in the Thistle & Hive Series
is finally available!! 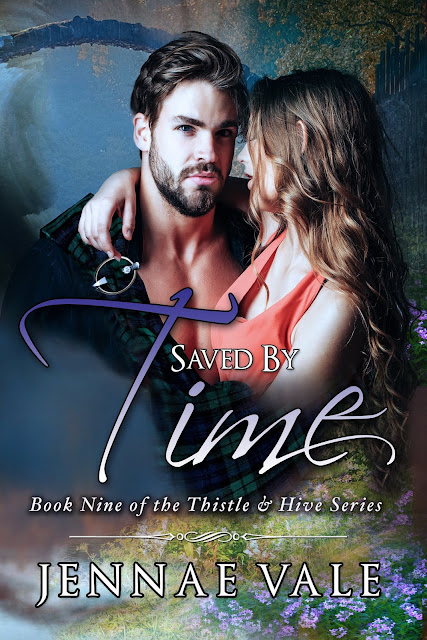 Tina Carrera is looking for the love of her life and so she does what anyone else in her position would do. She calls on Edna Campbell of The Thistle & Hive Inn. Edna is more than happy to help her by sending her back in time to Breaghacraig where she promises Tina will find her man.
Donal McCabe isn’t interested in settling down. He likes his life exactly as it is. Unfortunately for him, fate has intervened and sent him a wee daughter he was unaware of. Responsibility isn’t something Donal is known for and he has no experience with being a father. He sees his carefree life crumbling before his eyes, but If he can find a willing woman to be his wife in name only, he just might be able to continue his womanizing ways.
As luck would have it, a lass from the future arrives just in time to save him. The only problem is that he’s lied to her from the start and when she finds out the truth she wants nothing to do with him. Donal finds himself falling for her, but is it too late to keep her from returning to her own time.

The day started off with such promise, as had the day before and the day before that. Those had ended poorly for him, but Donal hoped that today might end differently. The lass in the kitchen was back and she’d agreed to meet him by the postern gate at sunset. If all went well, he’d be exactly where he wished to be, in the arms of a beautiful, buxom red-haired lass.  The mere thought of it set his pulse to racing and his kilt to rising.  He spun quickly leaning on the well to hide his more than obvious arousal at the thought of Bess… Beth… Oh, what was her name? He nodded to the few passersby who gave him curious stares as he ran names through his head determined to get it right.  “Bethia!” he exclaimed out loud, slamming his palm into his forehead. How was it that he couldn’t for the life of him remember it.

“Donal? Did ye call me,” Bethia asked, approaching the well with an empty bucket.

She smiled sweetly at him as she lowered her bucket into the well.

“Here.  Allow me to help ye with that,” he said. No one would ever accuse him of nae being chivalrous.  She moved out of the way as he hoisted the now filled bucket up and set it on the ledge of the well.

“What did ye want?” she asked.

“I wished to tell ye how beautiful ye…” Bethia didnae seem to be listening to him. He was trying to woo her a bit and instead she was glancing towards the gate.

Turning his head to see what was so fascinating, he noted an elderly couple speaking with the guard, who glanced around and upon seeing Donal pointed in his direction.

“Who are they?” Bethia asked, standing so close to his side that his arm brushed her breast.

He fought to control his erection as the couple approached. “I dinnae recognize them,” he said. He turned towards her and his arm again brushed her breast. Tonight was definitely going to be better than the last.

“Are ye Donal?” the elderly man shouted as he got closer.

Donal was startled at the man’s angry tone. He turned to give him his full attention, “Aye,” he answered. He looked from the man to the woman and back not recognizing these people.

“We’ve something for ye,” he said, motioning to the woman who was carrying something.

“For me?” What could it be? He hoped it was something good.

“Aye.  ’Tis yers,” the man practically hissed at him.

The woman raised a plaid wrapped package with shaky arms and placed it into his hands. As soon as she did, it began to wriggle and shriek.

“What’s this?” he asked, a look of horror on his face.

Bethia peeked into the blankets.

“’Tis a bairn,” she said.  The look she gave him was one he would never forget.  Shock and something else rested there.  Accusation. 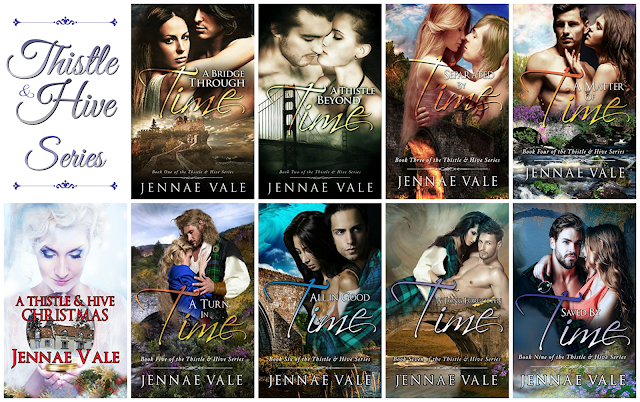 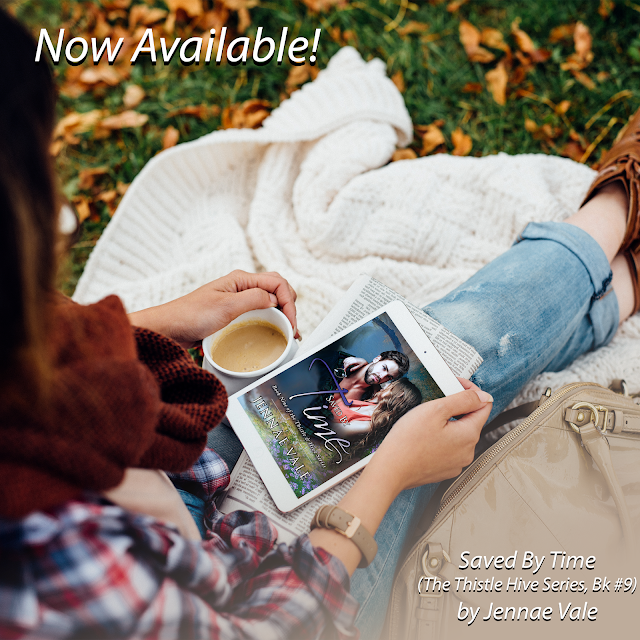 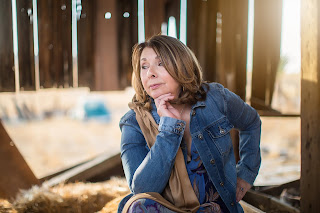 Jennae Vale is an author of romance with a touch
of magic. Her Scottish Medieval time travel series The Thistle & Hive, Books One through Four, is available in print and ebook versions from Amazon. The first book in her new series, The Mackalls of Dunnet Head has been released, with more to come throughout 2016.Jennae started life in Massachusetts as part of a large extended Irish and Italian family of imaginative story tellers, but now lives in the San Francisco Bay Area with her husband, her dog, two cats and four chickens. Storytelling is her passion, but Jennae also loves to quilt, cook, read and indulge in her crafting obsession when she’s not writing.
You can find Jennae at
Website | Facebook | Twitter | Amazon Author Page | Bookbub | Newsletter |
Goodreads | Pinterest | Instagram