IT IS WITH GREAT PLEASURE WE WELCOME BARBARA GASKELL DENVIL TO MY BOOK ADDICTION AND MORE TODAY…. 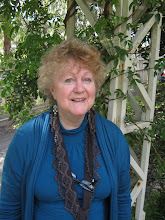 Born in England, I grew up amongst artists and authors and started writing at a young age. I published numerous short stories and articles, and worked as an editor, book critic and reader for publishers and television companies. My first marriage produced my three lovely daughters but ended with the death of my husband.
Many adventures later, I met an Italian, fell in love, and spent 16 glorious years with him exploring Europe and sailing the Mediterranean. When he died I needed a place of solace, came to live in rural Australia, and began writing full length novels for the first time. My solace has now become my passion.
With a delight in medieval history dating back to my youth, I now began to research the wicked King Richard III, but quickly discovered the fascination of looking past Tudor propaganda to discover the real man. I now write principally on this era, setting my fiction in 15th century England.
I also write fantasy, though this tends to be dark and adult, not fitting the mould of those fantasy genres popular today. No elves, fairies, vampires or evil wizards attempting to overthrow the empire.

Of course writing tends to be a solitary business, so it will be sheer pleasure to gain contact with other book lovers and everyone else online.

Anyone who claims to have a book addiction is a friend of mine, so it is with great pleasure that I introduce myself on April’s fascinating blog.

I‘ve been writing since I was very young. I probably started as soon as I could hold a pencil. In my teens and twenties I wrote and published mainly short stories and articles in magazines and newspapers in England, and I also worked for publishers as an editor and reader for both books and TV scripts. But then my career lapsed when I got married and had three children including identical twins – rather a handful and kept me permanently exhausted. Later I expanded my horizons and lived on a boat sailing the Mediterranean for many years. It was only after my partner died that I came to live in Australia to try and start a new life. Now for the first time I write full length novels, inspired by the rural peace, bird song and beautiful scenery.

Publishing each new book is – as all authors know – a matter of the greatest excitement, and the greatest worry. It doesn’t matter if you are a seasoned bestselling writer, or a tentative new self-published author, the joy and the pain are exactly the same for both. So it is with pleasure and pride – but also with those lingering nerves – that I introduce myself and my new historical novel SUMERFORD’S AUTUMN.

It is almost ten years now that I have been researching the English medieval period and in particular the latter half of the 15th century. This does not make me an expert by any means, but the researches have become a passion and I feel alive walking the dark alleys, cobbled streets and crowded markets of those long gone landscapes. I can smell the rancid waters of the polluted rivers, I can feel the bustle of the crowds around me, I can enter their candle lit deep beamed houses, dine with them and join their gossip. I know the troubled politics of their times and I try to understand the practises and standards. They enter my dreams. It is a period I adore and therefore it is largely within those shadowed memories that I set my novels.

I have always loved history, but I actually chose to begin my specific research into the 15th century because I wanted a colourful setting for the book I planned writing. Having once been fascinated by Shakespeare’s most dastardly villain, I decided Richard III and his era would make a rich background to my intended crime adventure. However it was only once I began my researches that I realised the villainous king was a nonsensical exaggeration. The more I delved, the more I understood. Indeed, even a simple interest in human nature was sufficient to bring greater insight. There was no logical sense to the rather absurd picture some historians and authors try to paint of the wicked Richard. He just didn’t ring true. Original documentation is scarce but sufficient survives to tell a far more intriguing and believable story. So over the intervening years I have discovered a very different Richard – a real man of faults and virtues who would logically follow certain courses of action – and probably not others.

My new novel SUMERFORD’S AUTUMN (available now on Amazon Kindle) leads directly from these researches, for it is set in the early years of the Tudor reign which followed after Richard III’s death in battle at Bosworth (1485). My book is therefore concerned with the turmoil of the changing politics, the new king’s distrust of all those who supported the previous regime, and in particular the appearance of a young man who claimed to be one of the so-called ‘Princes in the Tower’ (their death was never proved nor ever conclusive) – and who the king, Henry Tudor, called ‘Perkin Warbeck’. I follow his eventual fate, and the fate of those who believed in him and tried to help him claim the throne.

But my novel is certainly no history lesson.  The plot concerns the family of Sumerford, four sons of the earl and his countess who live in a great draughty castle in Somerset. It is the various diverse adventures of these four brothers which comprise my story, and in particular those of the youngest son who is the book’s hero. As well as politics, there is considerable mystery and intrigue with all the danger of treason and treachery, piracy, conspiracy, torture and execution – and, of course, plenty of romance! I love to sketch the details of medieval life, the amazing differences of everyday existence from cottage to palace, and create believable characters of that era.

One of my own more interesting peculiarities is my dream life – my dreams are incredibly vivid and complicated – and I always remember them. So would anyone care to enter my dream world, and walk hand in hand with me?    ————–

Thank you Barbara for taking the time out of your busy day to spend with us and our readers. What a wonderful dream!

The boy died at once, one quick smash to the skull, another to the chest. His bones caved in, his life went out. An hour after the boy was killed, they found the bramble thorns; one spike still wedged up hard into the horse’s hoof. Another had been kicked free and was found later in the straw.

Ned and the under groom were sweeping up bloody shards of bone as the late September warmth oozed like melted butter over the hills beyond the castle turrets, steaming across the stable door and amongst the soap bubbles where Ned had scoured. But an old man’s cataracts blur corners and the dew still bled where his mop had missed.

Just ten days out from the skirmish at Exeter with Turvey only back in his stable since last night, orders had been relayed for the old charger to be treated with reverence, scrubbed down, well fed, watered and rested. Instead the horse had taken to his huge hind legs, bared tooth and gums, thundered like Prince Harry in a tantrum, and kicked the new stable boy into splinters.

“Turvey’s a war horse,” the earl objected afterwards. “The damned animal’s trained to kick and gouge. Am I expected to ride a damned palfrey into battle? I assume the groom was an inexperienced fool.”

“The new apprentice. Little more than a child.”

“He will therefore not be missed. Go and make sure Turvey’s not fretting.”

The horse, mountainous mottled grey, rolled huge eyes and shivered like a baby. The chief groom held the bridle hard to the bit and wedged his heels against what was left of the stable door, holding firm. Little scarlet beads sprigged the straw. The boy’s corpse was dragged away. It took four strong men to control a rearing destrier, and the apprentice should never have stood so close. A kick from both front legs had crushed the boy’s skull like a tin cup. Flecks of brain pooled in the sunshine.

They had reported first to Lady Sumerford, the yellowing bruise across her left temple and cheekbone another reminder of his lordship’s return, the horse normally less irascible than the master. Her ladyship said, “Hamnet, get the remains cleaned up and take the body back to its parents. I presume it had parents? Tell them the Sumerford estate will pay for the coffin and the priest. And you’d better take a purse with you to keep them quiet. Make it two marks. No – give them a sovereign. A little generosity is better than encouraging back stairs gossip.”

“Indeed, my lady. But I have been informed – his lordship’s personal groom is convinced, my lady – that the horse was purposefully enraged.” Hamnet’s voice faded; a murmur as unconvincing as the story. “Even tortured. Thorns inserted into the hooves, my lady.”

The lady laughed. “What nonsense. Who could get close enough? Who would want to get close enough? They are lying, to cover their own ineptitude.” She clicked her fingers. “Hamnet, do we employ anyone else from the same family?”

The Steward didn’t think so, but a recent attack of the gout hindered memory.

“Hamnet,” barked the countess, “don’t gawp. Go and find out.”

SUMERFORD’S AUTUMN is available for download on Amazon Kindle:-

*Sponsored by the author*

We are offering 1 lucky commenter an e-book copy**Amazon gifted copy only* of “Sumerford’s Autumn” by Barbara Gaskell Denvil.

**You must answer the following question-Would anyone care to enter my (Barbara’s) dream world, and walk hand in hand with me?If so what would that dream be??**

GOOD LUCK EVERYONE AND HAPPY READING!!

We hope you have enjoyed our vistor today as much as we have!!!

PLEASE SPREAD THE WORD ON TWITTER,FACEBOOK,LINKED,PINTEREST,YOUR BLOG AND ANYWHERE ELSE YOU CAN!!

Check out our “Thoughts” on “Sumerford’s Autumn” by Barbara Gaskell Denvil…..

Thank you for spending time with us and our guest today!!