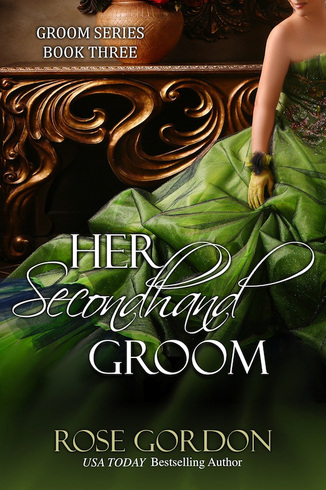 Devon
Patrick Ramsey, Viscount Drakely, sank his fingers into his thick black hair, curled them tightly around the silky strands, and then nearly pulled it all out. Why did his daughters have to choose right now to start singing? And of all the songs for them to pick, why did it have to be the one about that confounded London Bridge being broken down? Suppressing the groan that wanted to escape his throat the best he could, he settled for a quieter noise of aggravation: a sigh.

“All right, girls,” he began quietly, “that’ll be enough of that song for the day.”

“And now you’re done,” he informed her quickly before jerking his gaze away. He loved his daughters, he really did. But as much as he loved them, they needed a mother, and they needed one in the worst way.

“You look like a porcupine,” Kate stated, reaching up to run her fingers through his out-of-sorts hair.

Patrick smiled thinly at her. “Thank you, poppet. I do what I can to expose you to the sights you may not otherwise get to see.”

Pulling Kate onto his lap, he leaned back against the blue crushed velvet squabs and looked at Helena and Celia. They’d both been unusually quiet today. Not that he was surprised they were so quiet. Before they’d gone to London for the Season, they’d spent a considerable amount of time with Miss Emma Green, now Lady Sinclair, a long time friend who was considering the post of governess. However, her marriage to Patrick’s friend, Marcus, put an abrupt end to any chance of Miss Green becoming the girls’ permanent governess, and condemned the girls once again to the insufferable Mrs. Jenkins’ care.

Not that Patrick and the girls weren’t happy for Marcus and Emma, they were. But, they were also disappointed. No one was more so than Patrick. His girls needed a decent governess. They also needed a mother. And to be honest, he had no idea which of the two they needed more.

He sighed again and set Kate back on the seat beside him. Just as he set her down and closed his eyes in deep contemplation, the carriage jolted with so much force he and Kate were nearly ejected from their seats, and would have been if Patrick had not planted his foot firmly on the floor to keep his seat and simultaneously grabbed Kate to keep her from sliding forward.

“Botheration,” Patrick mumbled under his breath. The carriage was completely stopped and leaning decidedly to the left. “Wait here, girls,” he said, moving to the door of the carriage. Briefly he wondered if they’d actually be safer outside the carriage. Dismissing the thought, he stepped out and looked to Cruxley, his coachman. “What the devil’s going on?”

USA Today Bestselling and Award Winning Author of more than a dozen unusually unusual historical romances that have been known to include scarred heroes, feisty heroines, marriage-producing scandals, far too much scheming, naughty literature and always a sweet happily-ever-after.

When not escaping to another world via reading or writing a book, she spends her time chasing two young boys around the house, being hunted by wild animals, or sitting on the swing in the backyard where she has to use her arms as shields to deflect projectiles AKA: balls, water balloons, sticks, pinecones, and anything else one of them picks up to hurl at his brother who just happens to be hiding behind her.

One Reply to “WICKED WEDNESDAY~ HER SSECONDHAND GROOM~ ROSE GORDON”